The Story Behind the Image

30,000 years ago, some of the first depictions of lions were etched onto the walls of caves. Their likeness had obviously impressed the ancient people who inscribed them into the Earth’s contours to remember forever.

It’s easy to understand why.

There are certain animals that, even among the multitude of incredible living things roaming the Earth , make time stand still.

The air seems to move differently around them and there is a particular feeling and overwhelming weight of the presence of being within feet of these animals - specifically big cats.

During my last trip to the Maasai Mara, I had my mind set on documenting big cats using an intimate perspective to share their unmistakable presence.

In the Mara, these cats abound, and ample prey for them and their young often means the dynamics of life will unfold before you. The mix of grace and strength in these creatures is what makes them so enchanting.

I wanted my image to capture the majesty with which these cats roam the plains. For me, this meant a low angle - looking up at this lion - to bring the feeling of his confidence to the photograph. In this image, you can sense that his reign over this vast territory is absolute and unwavering. ⁠Also, ⁠by keeping my angle below his eye level, the resulting perspective of looking up at him celebrates his presence.

I took this image early in the morning just as the sky had begun to glow as I was fortunate enough to see this lion from the Salas’ pride returning home after a late night of hunting in another male’s territory. When I put my camera down after the lion had passed us by, my heart was practically beating out of my chest. I finally exhaled, taking a moment to marvel at this extremely close and forever memorable encounter. This print is offered in a special limited edition of 15


For more information on sizes & pricing: 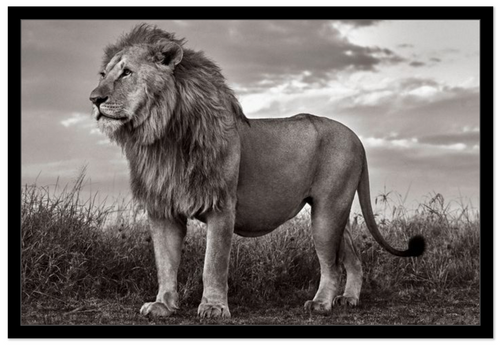 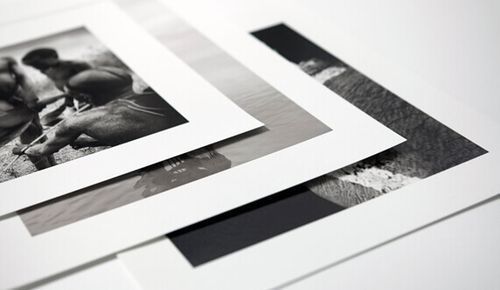 Designed for a Long Life

Using archival printing materials, Drew does his best to ensure the longevity of your work as well as its imprint on the world. 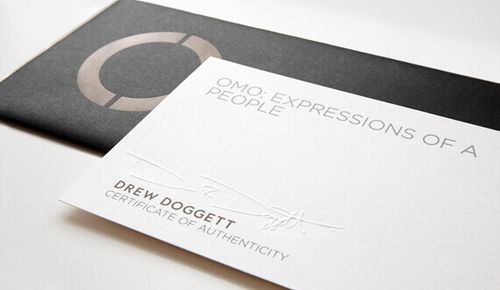 All-limited edition prints are signed, numbered, and come with a Certificate of Authenticity. 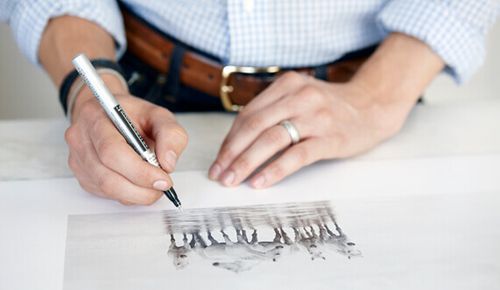 Each print is made in-house and personally inspected by Drew to meet a museum quality standard.

Curious about how a photograph will look in your space?


Create a custom mockup by uploading an image of your room