I make decisions on what to shoot next in large part predicated on the narrative of the location and subject. Horses are persistently recognized as symbols in ancient and modern society, which is why I actively seek them out for my work. The unique and rare horses I end up working with always have incredible stories behind their existence.

The Icelandic horse’s history contains intrigue, mystery and mythology in a way that’s cemented a respected role in the fabric of contemporary society, so I was excited to create work about them and their extraordinary homeland for my latest series In the Realm of Legends . 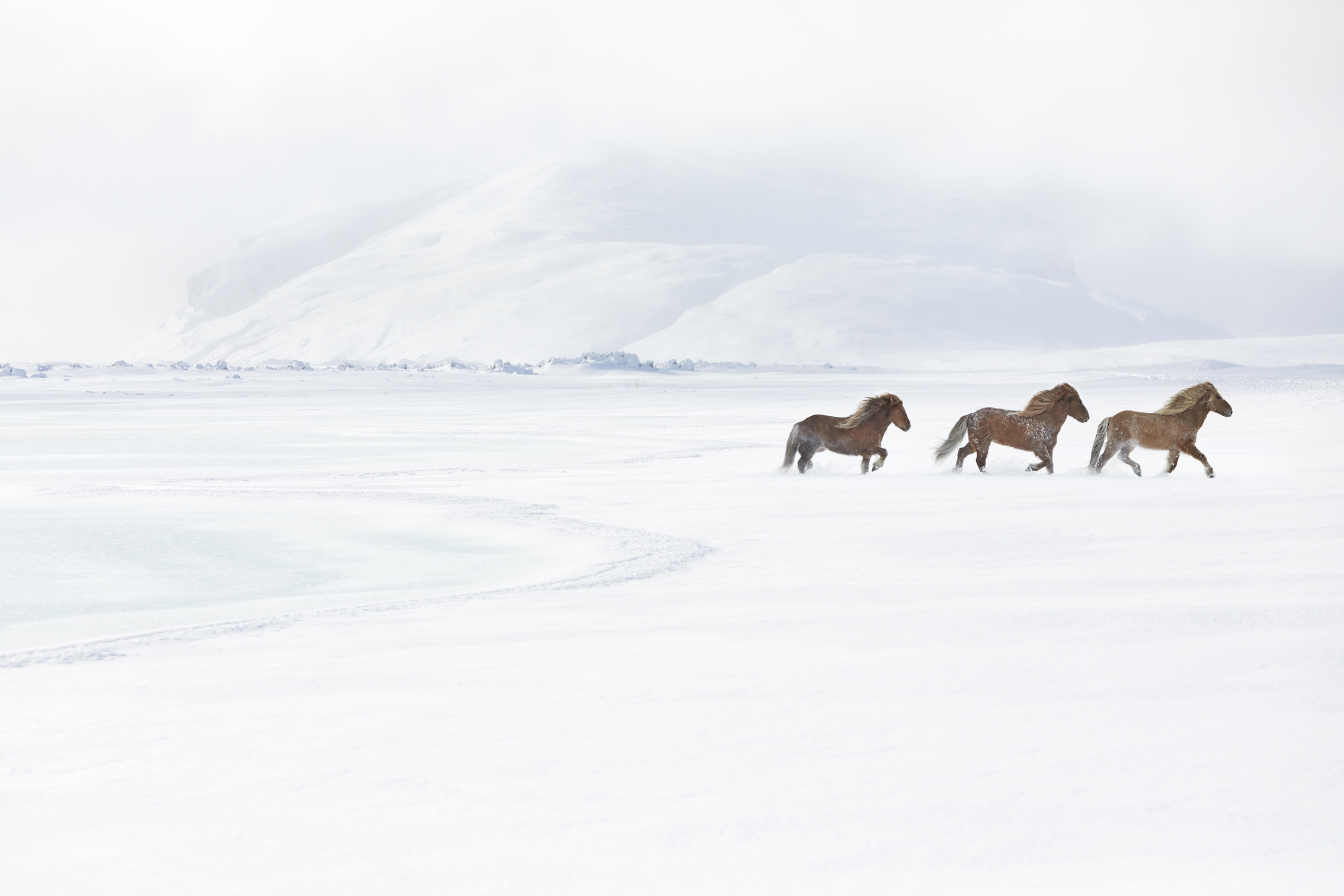 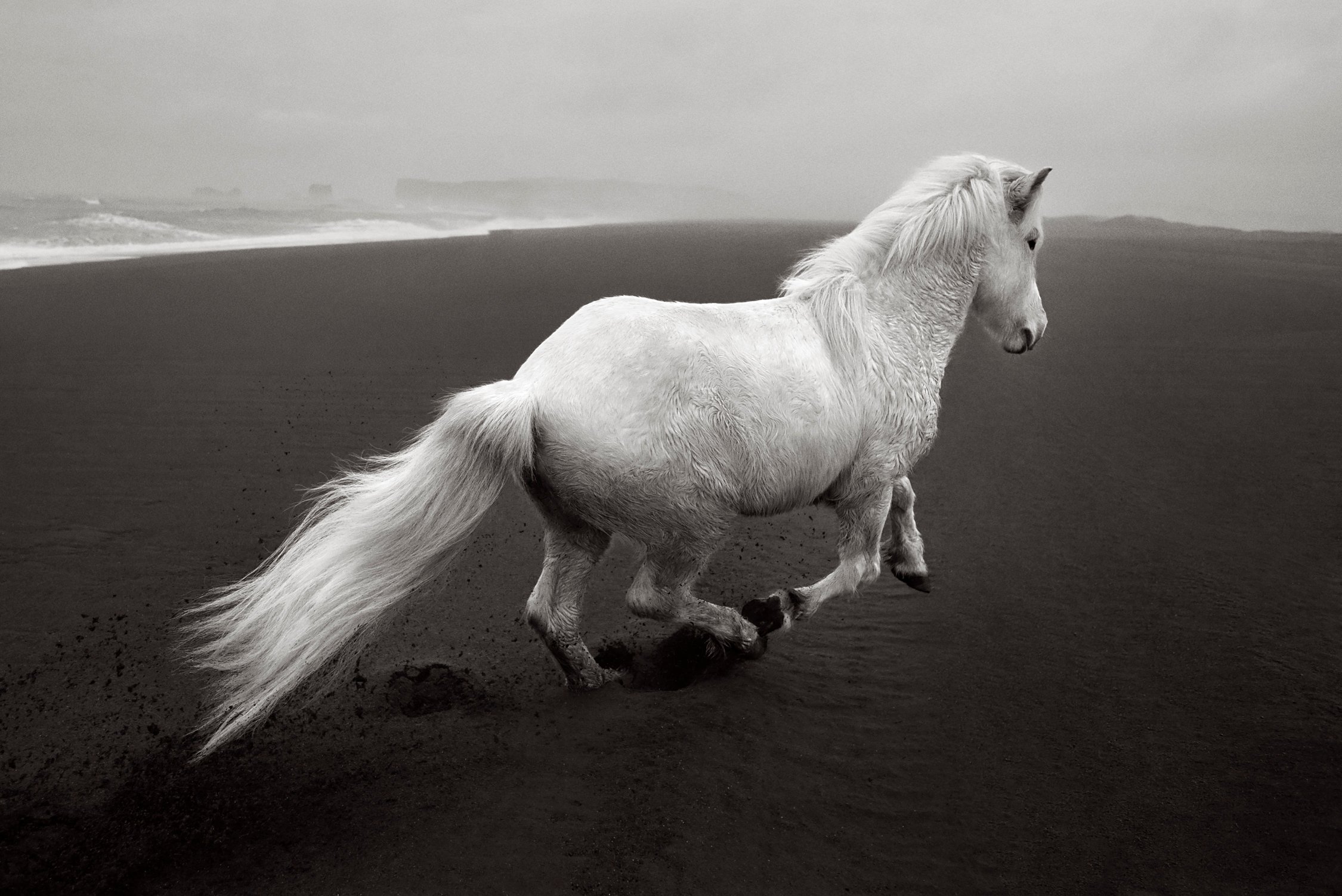 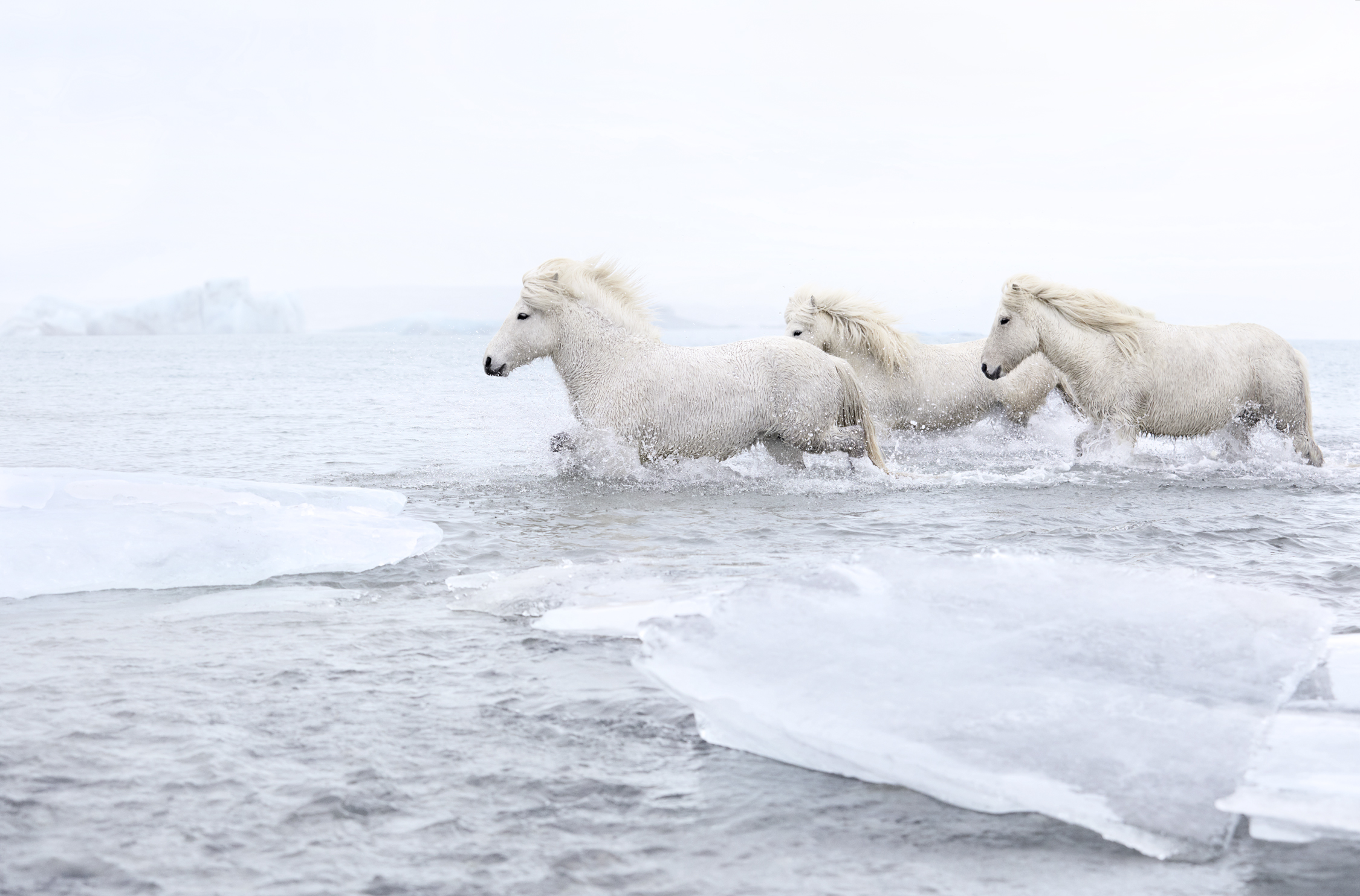 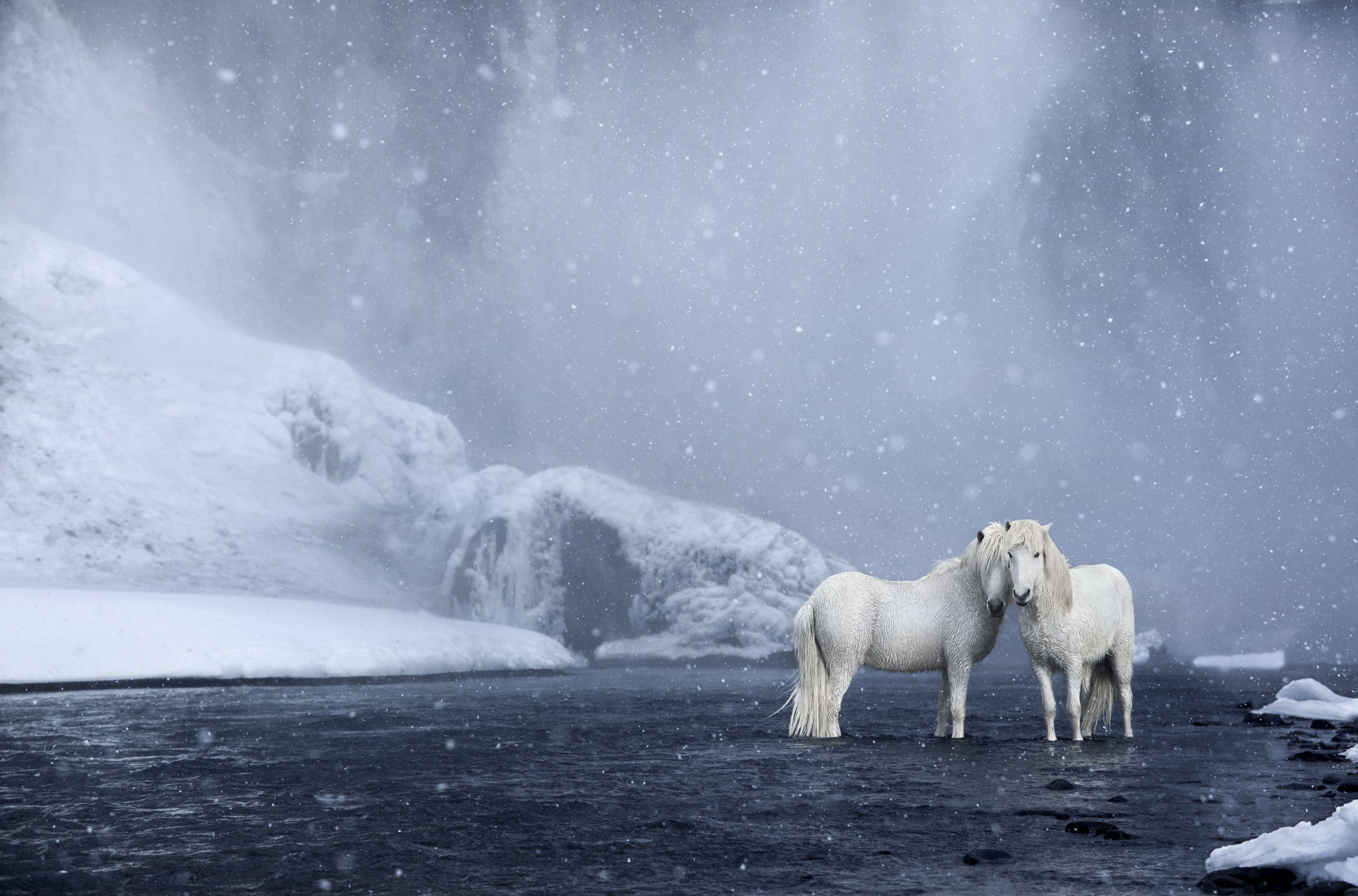 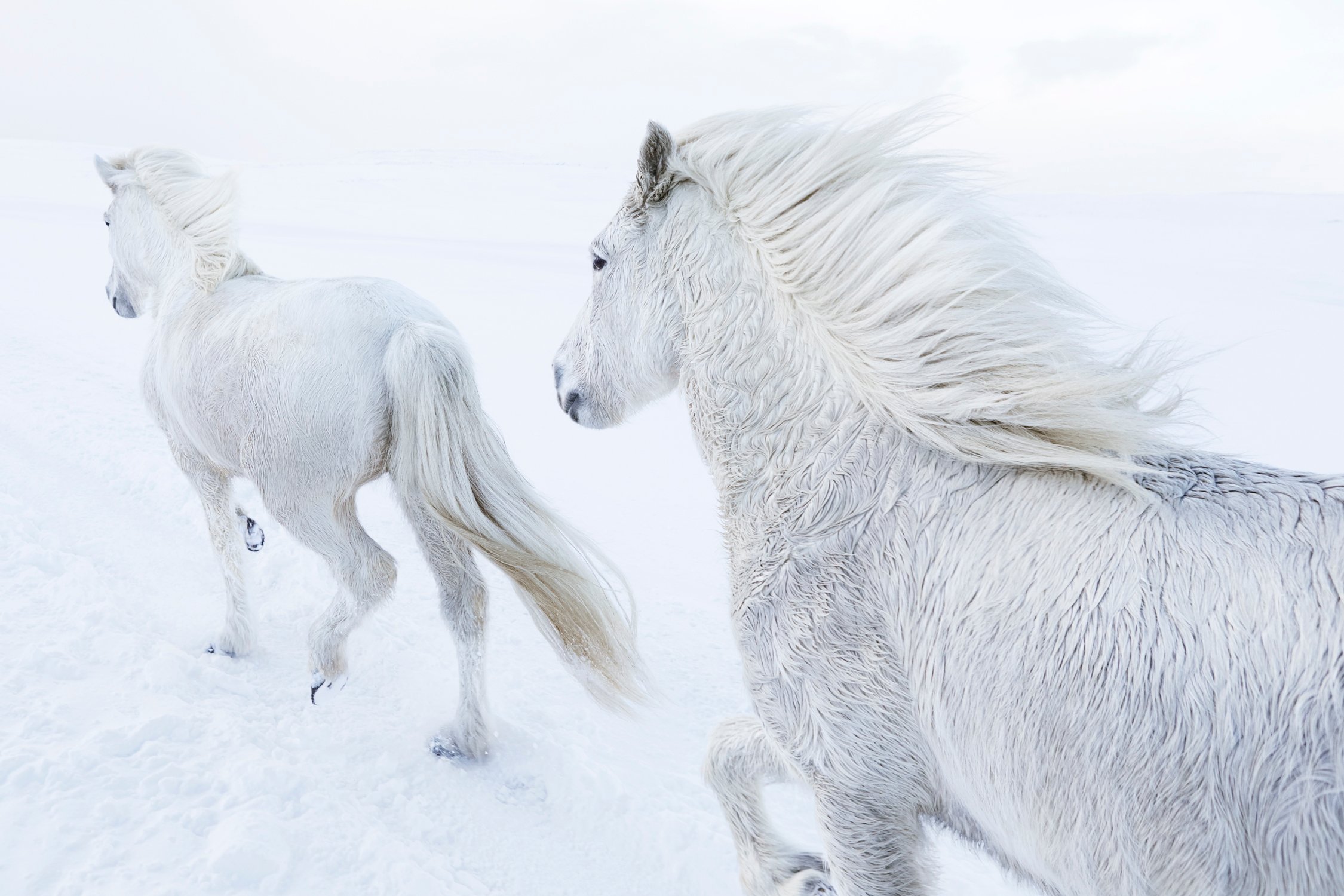 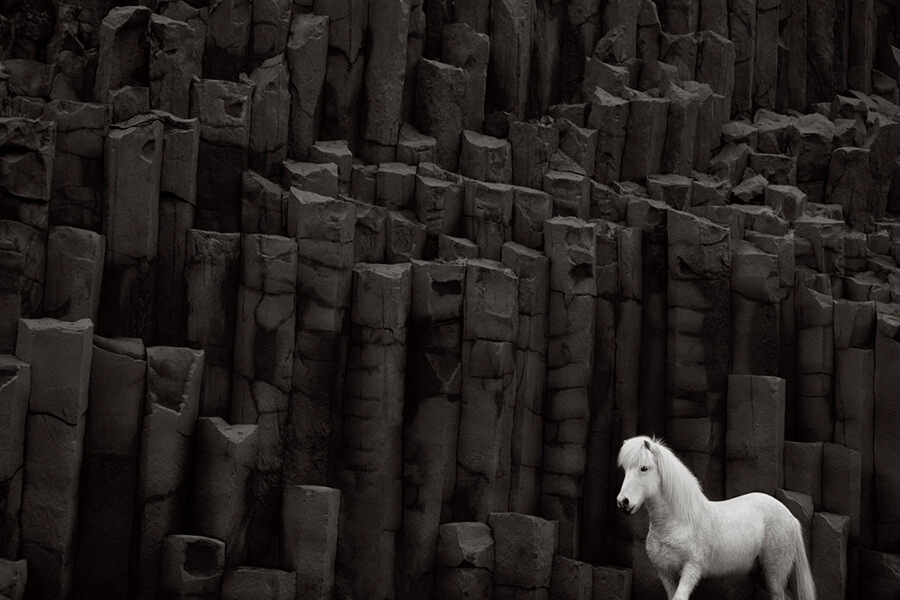 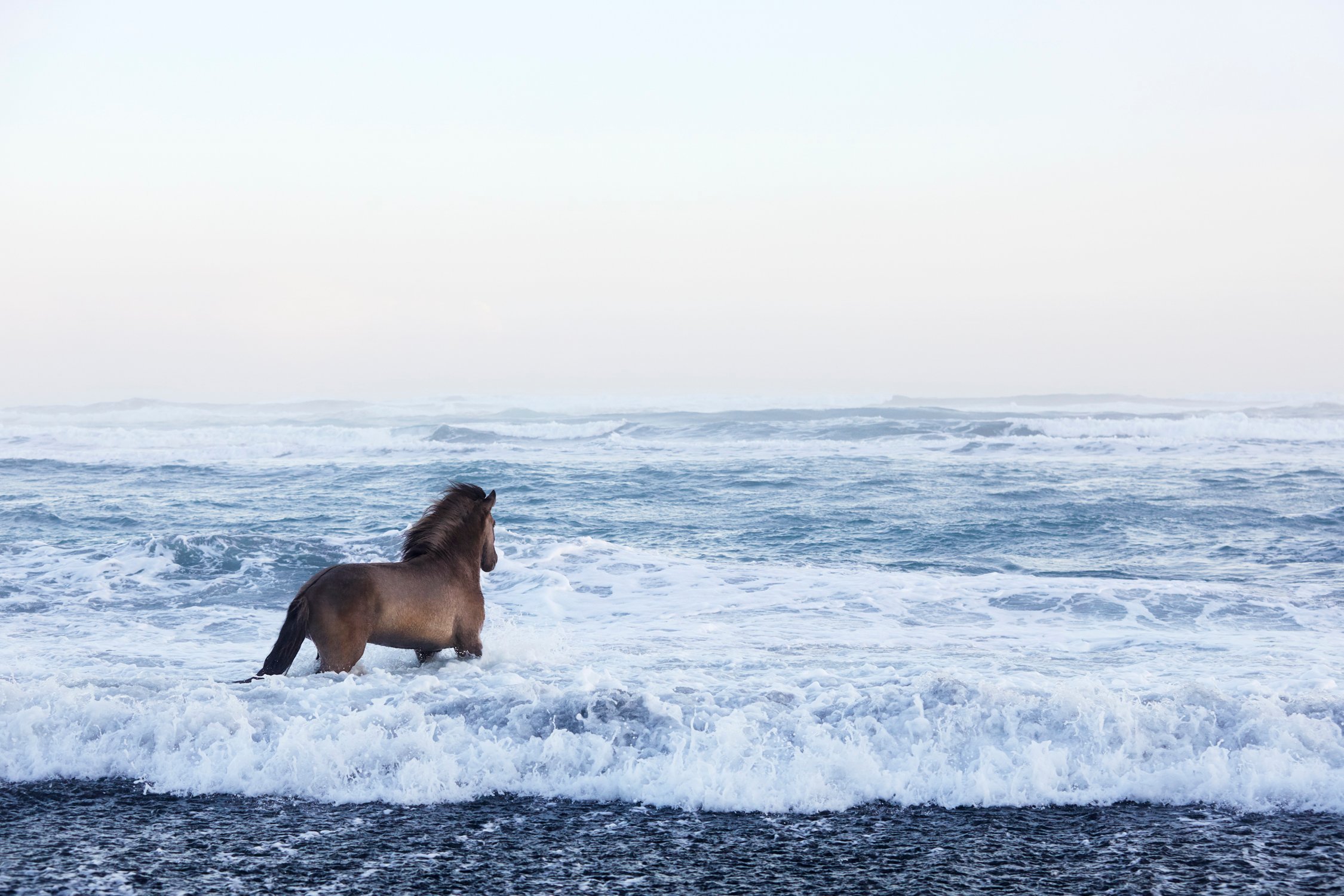 These are the original Viking horses, and since they have remained isolated in Iceland since 874 AD their breed is incredibly pure and globally sought after. The first settler, Ingólfur Arnarson, came to Reykjavík as did many other minor dignitaries who fled Norway and brought with them the best of the best of their livestock – hence the strength of the breed.

So, as these horses came with the very first settlers, they’ve become synonymous with the trials and tribulations of history that occurred during the beginning of Iceland’s existence to the land as we know it today.

One mythological horse is Sleipnir, Odin’s eight-legged stallion, who was believed to be able to transcend realms. He is Odin’s companion, and is also said to be a shamanic guide. He could travel over land or through the air or sea, and since Odin himself was believed to be the god of magic and shamanism, they reinforced one another’s strengths. Images of eight-legged horses can be traced back to imagery appearing in ancient Norse settlements on stones.

Perhaps these horses are such incredibly well-tempered animals because they have been the constant companions of the Icelandic people. Either way, their attitude, demeanor, and beauty says it all.

When I went to create this series I had this rich history and narrative in mind, so it felt incredibly important that the mysticism of these horses was complemented by a backdrop that could tell their story. Seeing these horses against waterfalls, black sand beaches and other unearthly yet natural compositions lets this breed’s resiliency shine. You can tell there is a kinship they share with the land – one that we, as humans, will only ever know a bit about.


read more about these aspects of the series here