Without the influence of British colonialists, the Rendille were able to remain nearly perfectly preserved in their unconquerable desert home.

The Rendille, which roughly translates to ‘the Holders of the Stick of God,’

are a tribe living in Eastern Kenya recognized as a bastion of traditional culture. For this reason, I wanted to photograph them before the sweeping tide of change crept in, making the demand for t-shirts greater than that for the elaborate and intricate beaded jewelry worn by tribe members.

The Rendille are historically nomadic pastoralists, moving their families, villages, and animals towards grass for their livestock, which are considered currency, to graze on. When colonial rule came to Kenya, the British had no interest in overtaking their harsh desert home which left Rendille’s culture and traditions generally intact.

In 2017 I was able to travel to this region, where we camped in the Chalbi desert alongside the Rendille and beneath the biggest blanket of stars I have ever seen. I became so thoroughly enamored with the will, might, and generosity of the people I met. 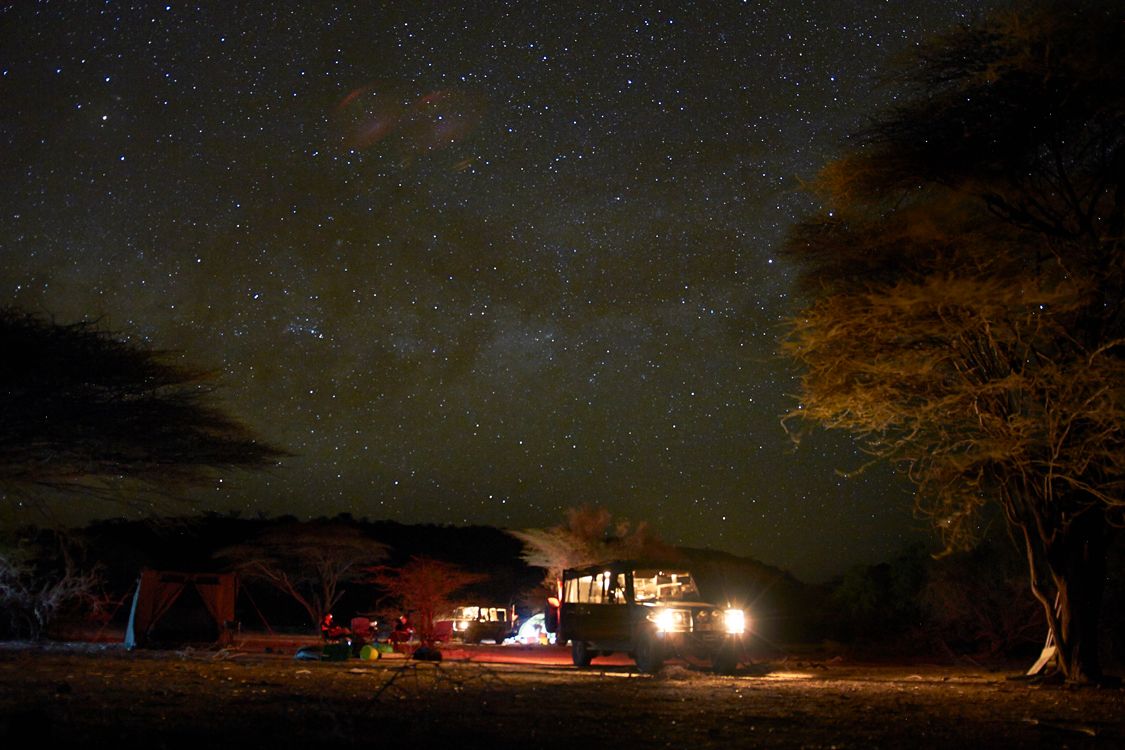 Now, more than ever, fostering connections with those across the world feels incredibly important. So, I wanted to share some of the most incredible aspects of the Rendille and what I learned about their connection and relationship to Mother Earth and all of its inhabitants in a way that speaks to their values, heritage, and importance in our world. 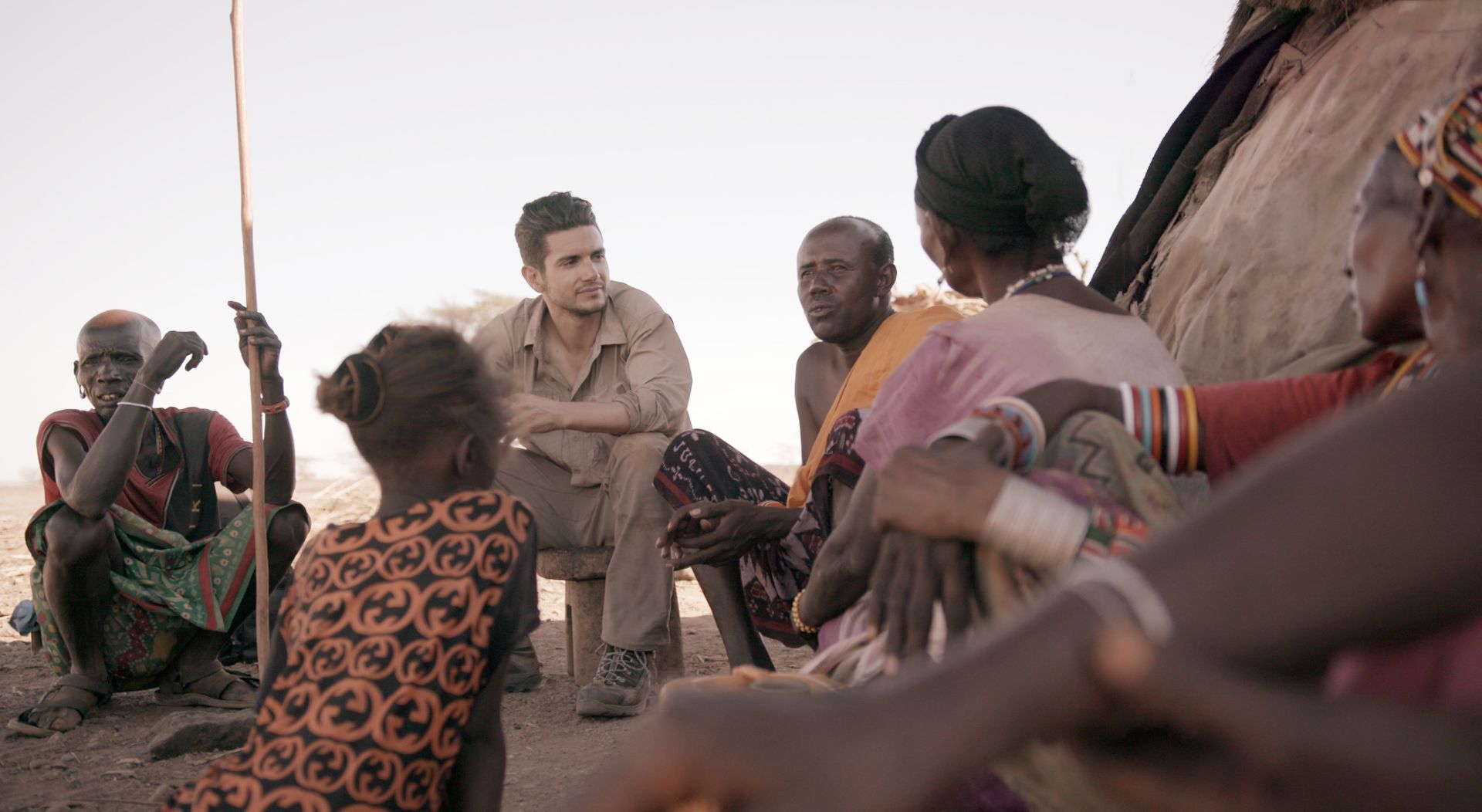 When we got to Bagasi, the remote village where we were introduced to the Rendille, we were told to ask 3 questions to the elder of the village while sitting outside of his house on low stools, together. The reason for sitting outside - and for the low stools close to the Earth - was because everyone was to sit on the same level as the animals. The sheep, goats, cows, and camels are the main form of economy and the lifeblood of society, and they are treated as equals. This ritual also promoted a mutual understanding between us (the visitors) and the elder and, most importantly, helped us to develop respect for one another. These moments are often my most cherished from my expeditions, and happen long before I ever pick up a camera. As is often the case, these interactions also inform my artistic approach and what I’ll focus my lens on.

Animals are also never taken for granted, even after their death, and live in the manyatta, or village, alongside the people.

Camels, for example, are used as transportation between village locations, for their milk and blood, as well as for their hides when they perish. Even at a young age, tribe members learn to respect animals and share in their caretaking. Children milk goats or help round them up for the evening while the warriors take the cattle out to find water or graze in the field. In the manyatta, everyone has a role and animals are only ever eaten on very, very special occasions.

Traditional village life in this region revolves around community. The village, or ‘manyatta,’ is organized in such way as to unite all of the inhabitants. 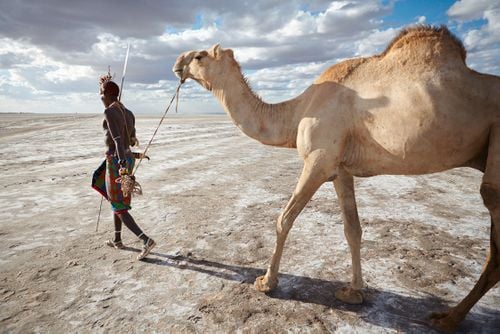 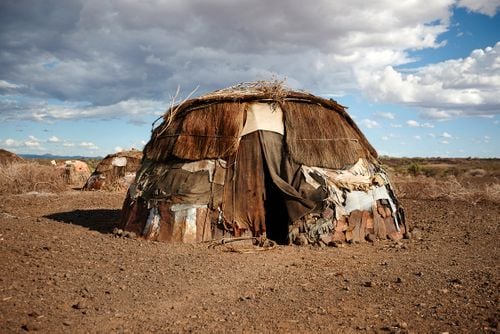 To subsist in the Chalbi Desert (Chalbi is a Gabbra word that means bare and salty) is by no means an easy feat. The Rendille relocate to where it has rained, because the rain means grass for the animals, and as there’s no other form of economy in the area, this means they are inextricably embedded in Mother Nature's rhythms.

We watched a young warrior capture a goat and gently make a small, nearly imperceptible incision on his neck, draining blood into a thick leather pouch that was then mixed with the goat’s milk. With limited or no access to grow crops, this protein and nutrient rich drink sustains the Rendille for much of the year. What was even more amazing to see was the trust in the goat as he knew he wasn’t going to be slaughtered, so he submitted to this young warrior’s grasp and then bounded away afterwards.

This connection with the natural world is the reason the Rendille are able to thrive in a place that felt like life couldn’t survive there without some divine determination. The emptiness of the salt flats next to our camp simply highlighted the barren territory which was in stark contrast to the bright, welcoming smiles of the women, children, warriors, and elders we met within the village. I have yet to meet another community so adamant about remaining rooted in their age-old cultural traditions.