Drew continues his award-winning documentation of wild horses in Camargue, France where he photographed and filmed a close-knit group of all-white horses who roam freely over the ethereal landscape.

Drew Doggett’s Studio is thrilled to announce the release of a new series entitled Band of Rebels : White Horses of Camargue. Following his award-winning series from Sable Island, Drew continues his documentation of wild horses in Camargue, France where he photographed (and filmed) the region’s majestic, wild animals against the minimal and monotone backdrop of water and land. 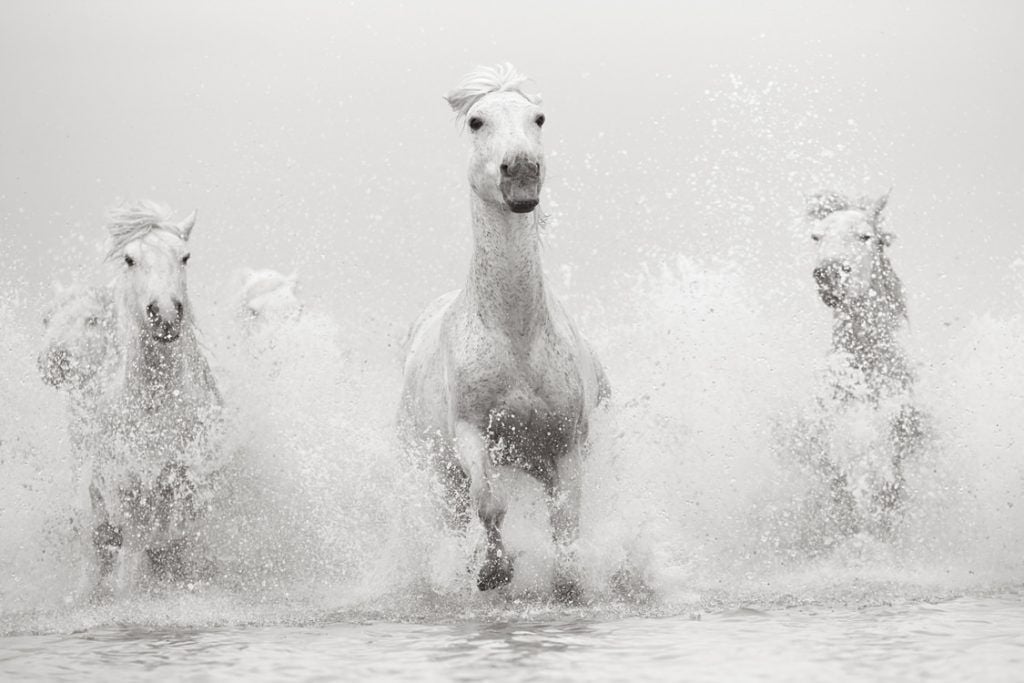 Highly identifiable for their prehistoric lineage dating back to the 1500s, the horses of Camargue are best known for their all-white color and bold features. Besides the horse’s distinct makeup, Drew also documented the textural effects of the horses running through the mud, dirtying their pristine coats and creating a painterly finish that referenced modern art.

For other images, he chose to focus on the relationships between the horses, finding a clear hierarchy in their nature. The quiet and tender moments in between the horses’ interactions are another component of this series. 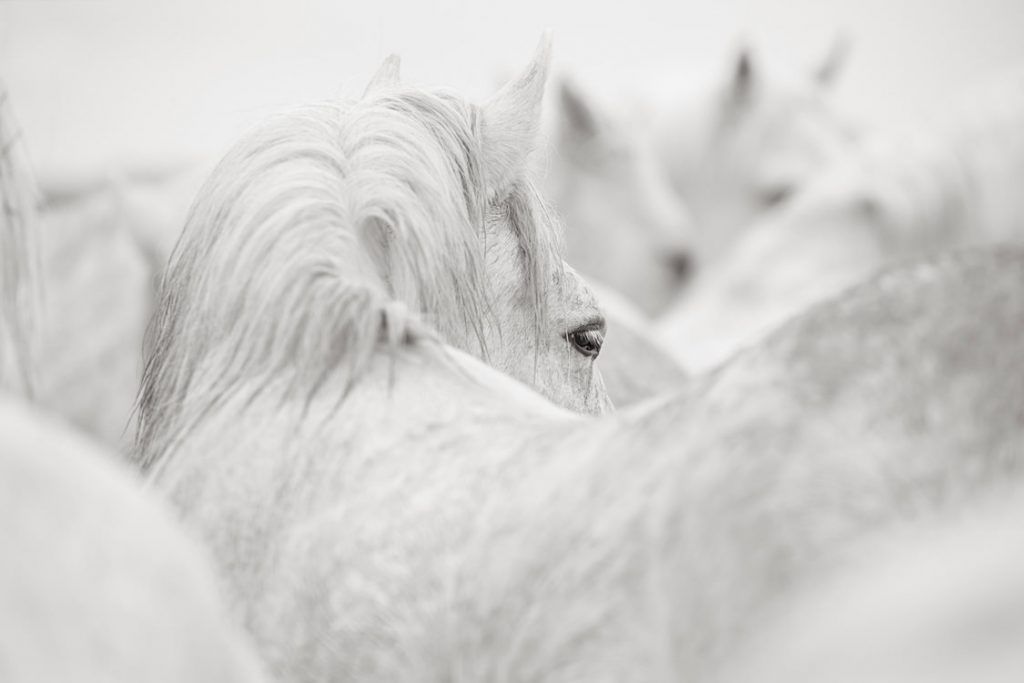 The contrast between the horses’ strength and confidence, as is evident through defined musculature and a sense of pride that exudes from their posture, and the calm of the background is undeniable; they seem to be blissfully unaware of this stark dichotomy yet have complete ownership of the land around them. 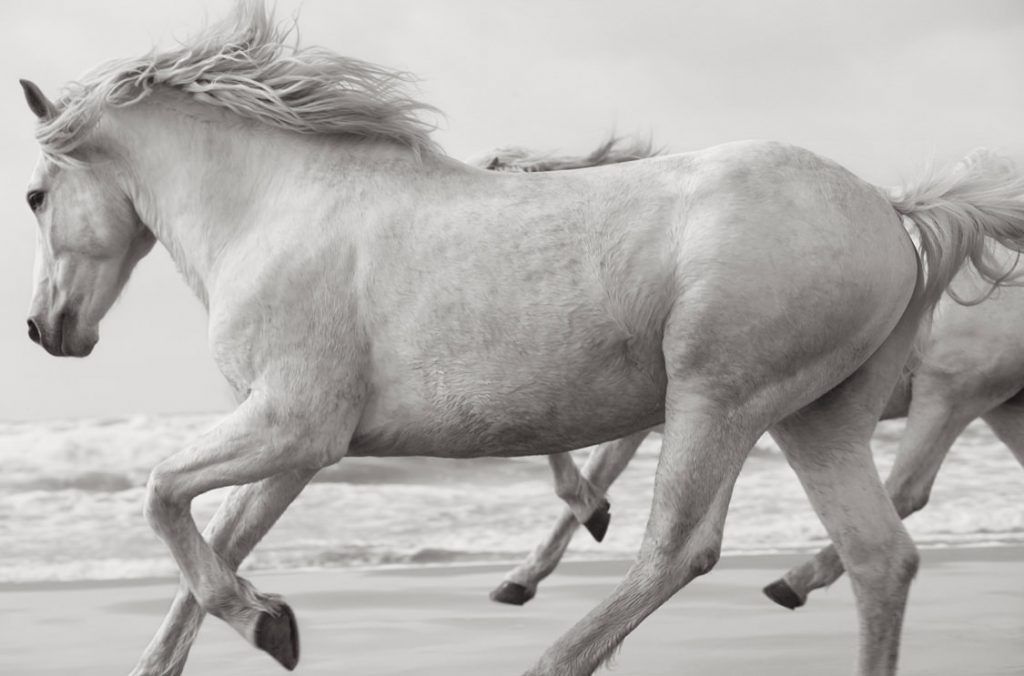