History of the J’s

History of the J’s

With only 7 seven boats left in existence, find out why the J-Class yachts are revered for their craftsmanship even now, over 100 years later.

As a child growing up in Maryland, where my summers were spent on the Chesapeake Bay, sailboats have always held a special allure for me. I got my first taste for sailing on my own Sunfish (it counts, right?), but I also had the privilege of being a passenger on and an onlooker to some truly stunning sailboats that set across the bay. 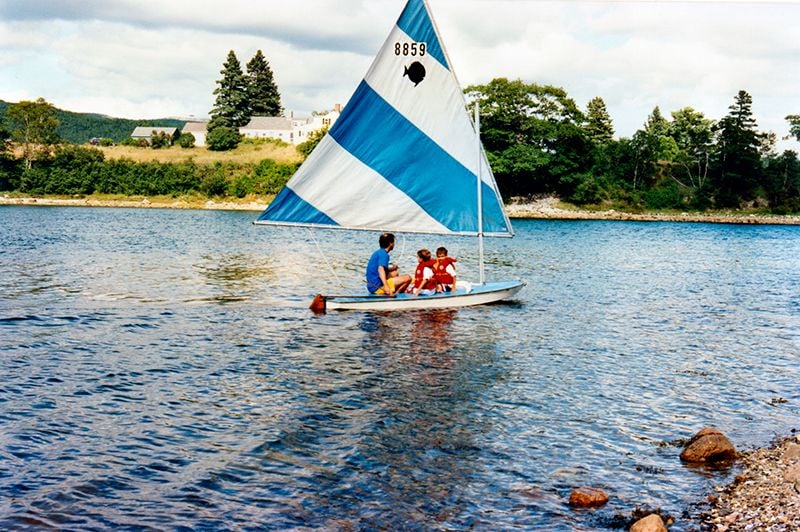 When I set my mind to photographing my new Sail: Majesty at Sea collection, I knew I wanted to focus on a fleet of sailboats that were nothing short of exceptional. The boats photographed for this collection include some of the most storied sailboats in history, including the J-Class, a wooden racing yacht first pioneered by Britain’s Sir Thomas Lipton of Lipton tea fame in 1929. 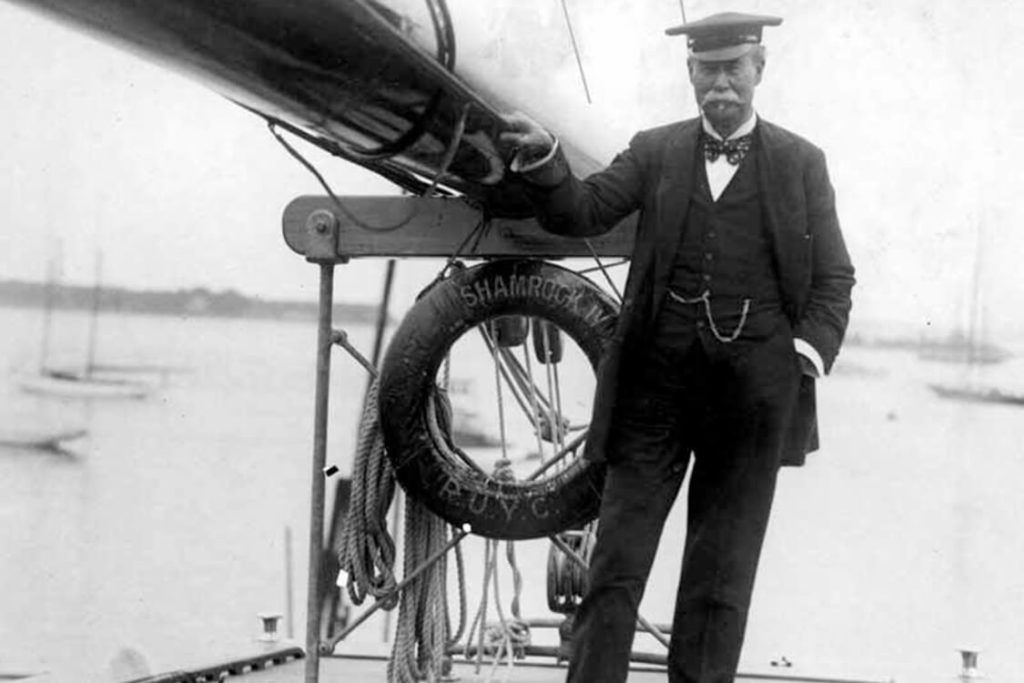 Lipton was a legendary America’s Cup competitor, but had lost the Cup by a small margin in 1920. Determined toward victory for 1930’s race, he, with the help of boat builder Charles Ernest Nicholson, set about designing the J-class, the largest sailboat of its time but one that incorporated novelties seen only in smaller boats. 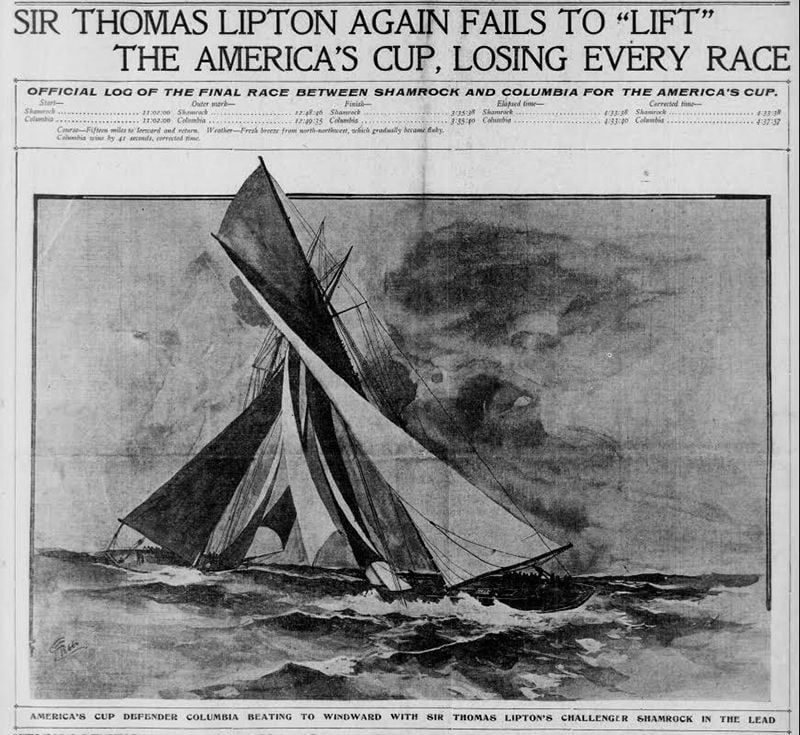 Lipton’s Shamrock V did not succeed in the win, but it inspired many J-class yachts that followed, including four built by Americans, all revered for their craftsmanship and ingenuity. Sadly, the majority of J-Class yachts were scrapped during World War II, when steel and lead had become scarce. By the 1980s, only three J-class boats had survived. Thanks to the booming economy of the 80s and 90s, these boats were meticulously restored by dedicated sailing enthusiasts. I am so grateful to them for giving me the opportunity to capture the beauty of Lipton’s boat Shamrock V, as well as 1930s era boats Rainbow and Velsheda in this series. 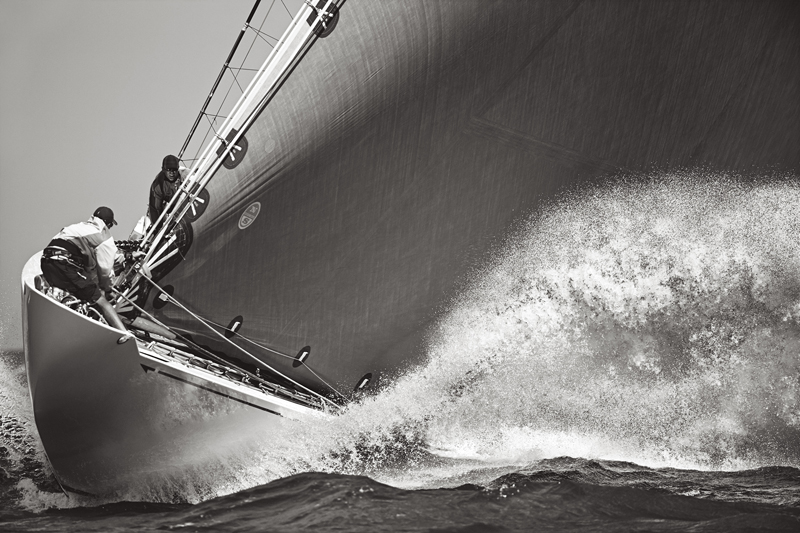 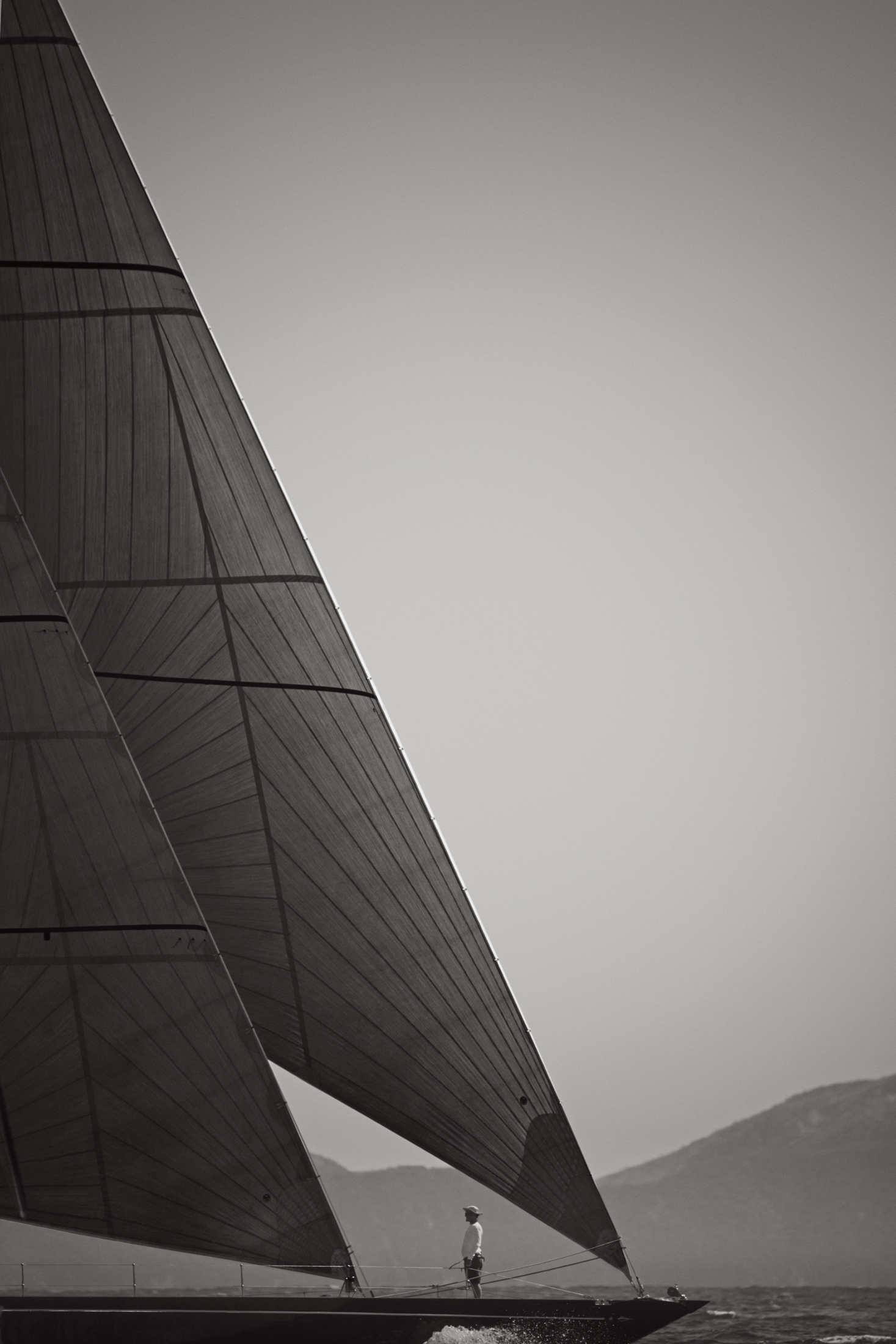 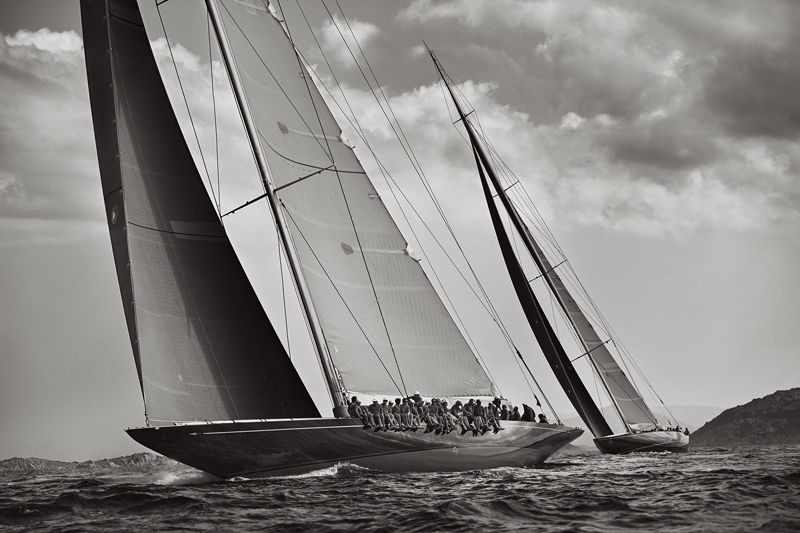 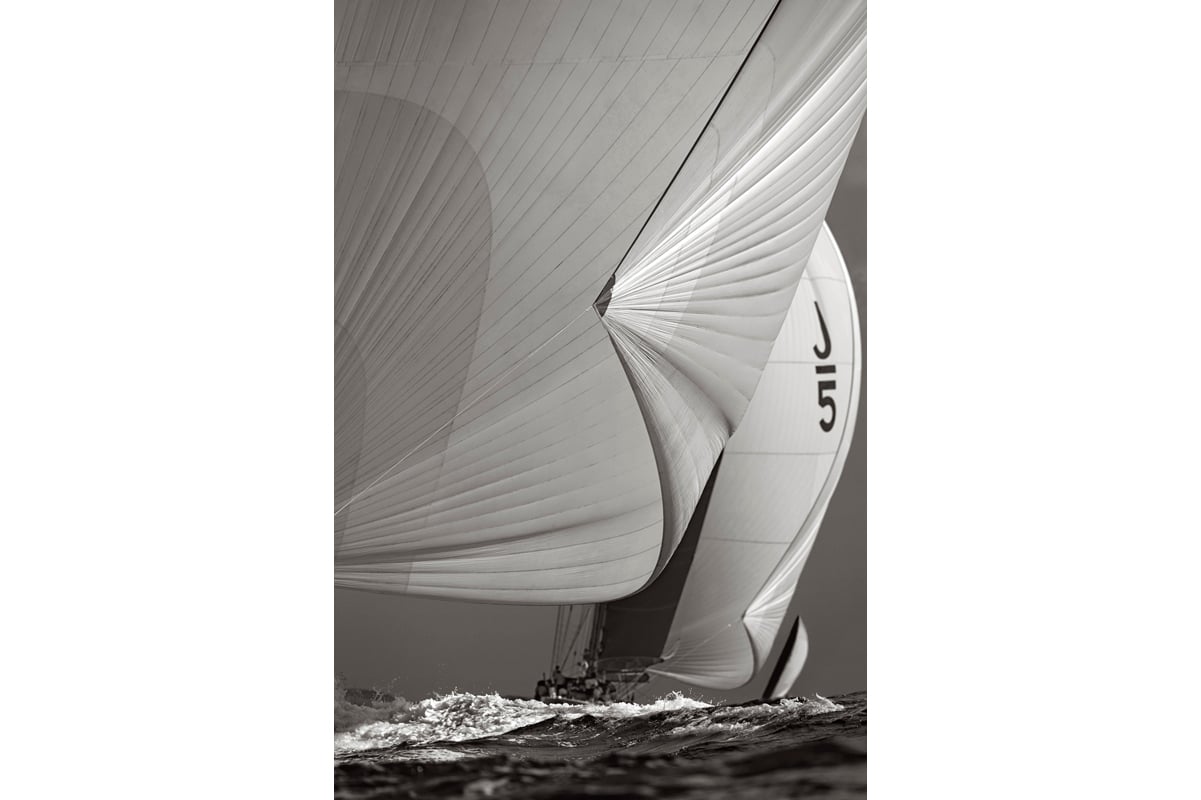 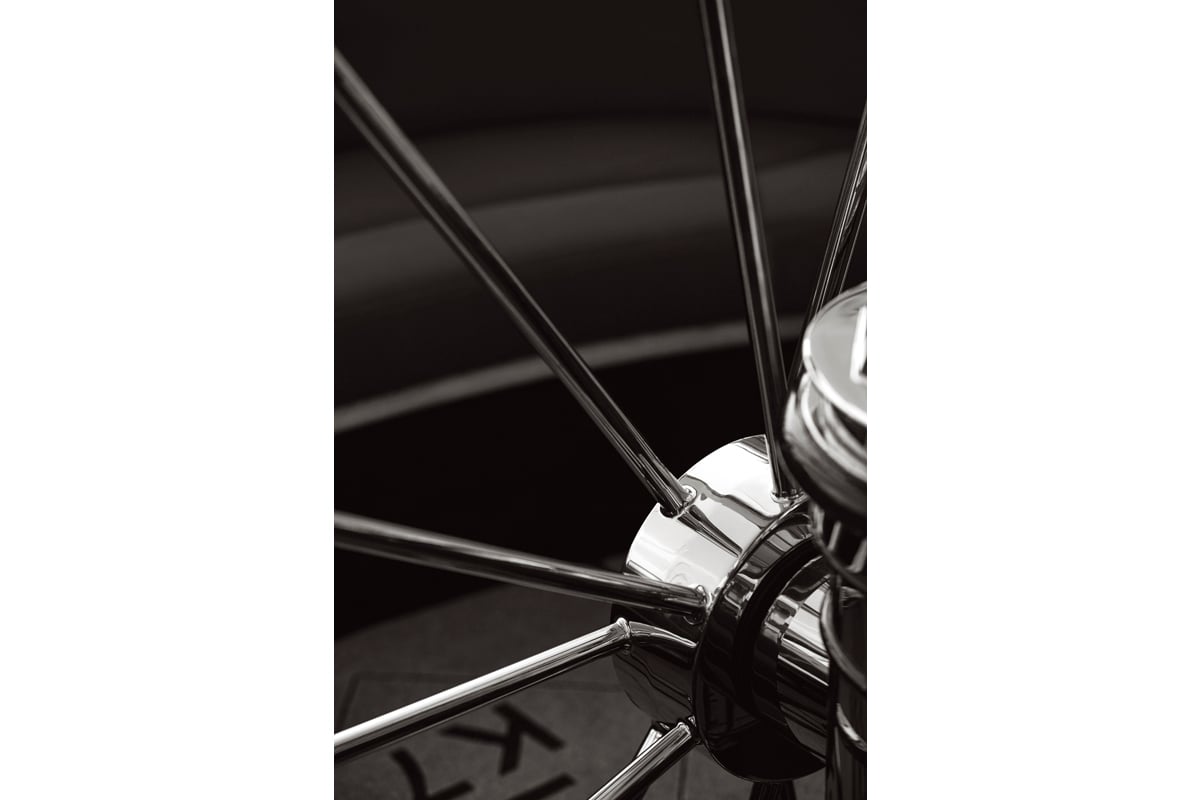