The Story Behind “Titans of Time”

The Story Behind “Titans of Time”

After 13 very long days of hoping to see the two largest tusked elephants on Earth together, it seemed like it wasn’t going to happen. But then, the radio buzzed with a message from our Maasai contact...

Craig and Tim are two of the most iconic tuskers of the last few decades. Their tusks weigh a combined 200+ lbs, making them the frequent target of poachers, yet they managed to survive despite all odds. Tim recently passed away due to natural causes, and now Craig is largely considered the largest living super tusker left.


When I was in Amboseli, I had my sights set on photographing Craig and Tim together. This was no easy ask, considering these mighty elephants roam freely over hundreds of miles, often never crossing paths for months on end. To increase our search capacity, we worked with the local Maasai who strategically positioned themselves on hilltops as we searched by vehicle, starting each day before the first light.


Then, early one morning on our 13th day in Kenya before the sun had even begun to climb into the sky, we got word from one of our Maasai contacts that Tim and Craig were spotted near one another. With an hour’s drive ahead of us, we raced to the scene knowing the window of opportunity was fleeting not to mention the perfect, pre-dawn light. 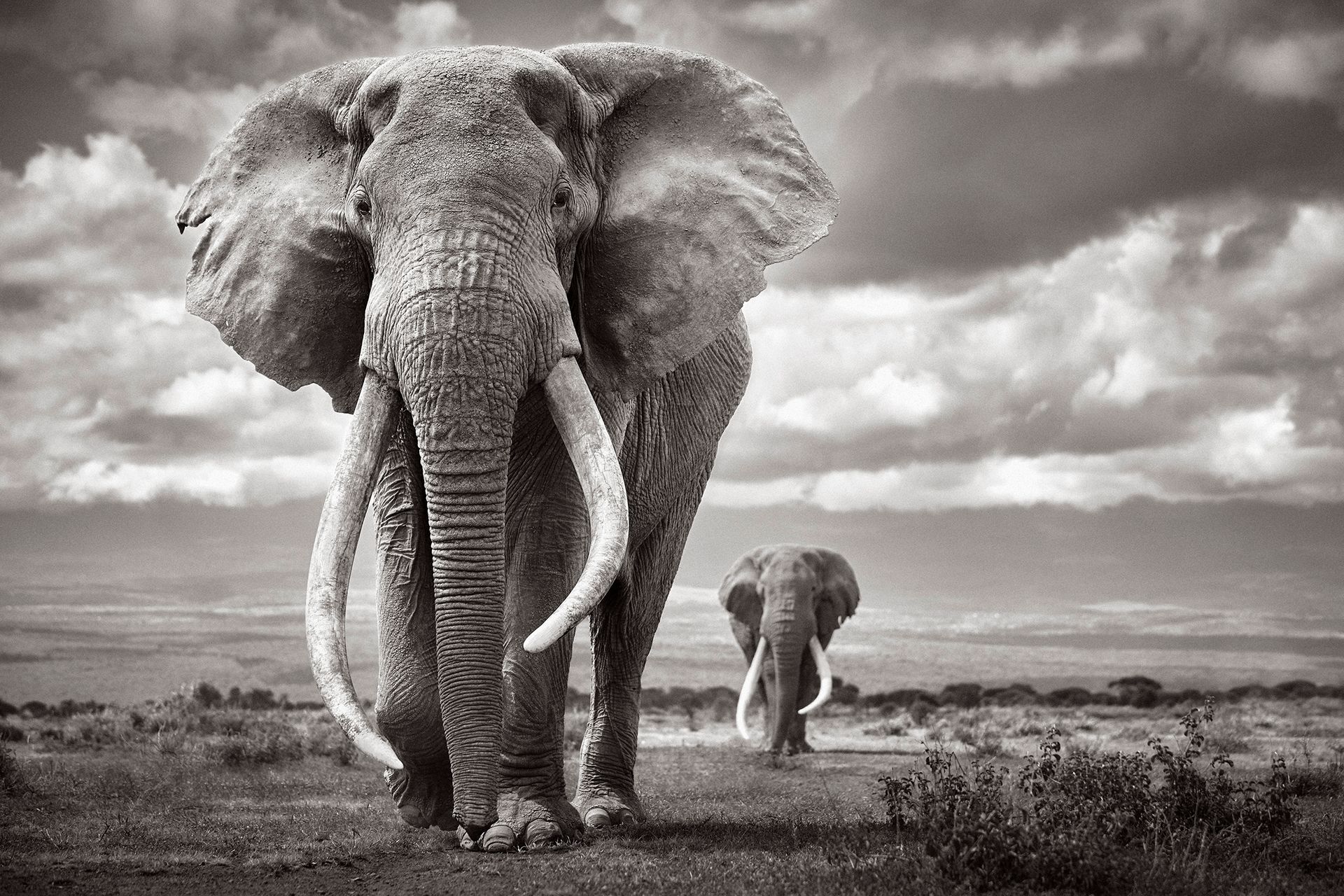 As we cautiously approached, I positioned myself ahead of their path as low and close as I could safely get. Then, for a split second, the two elephants aligned perfectly resulting in the above image before disappearing into the bush.


Photographing wild animals can be extraordinarily frustrating, but when you get the moment to take a shot like this, it makes all the planning, waiting, and effort worth it.

View the Series Shop this Image