Two of Drew’s newest series, Shadows Alight & In Transit are taken throughout the American West. Their release coincides with a very important milestone for the National Parks System.

Ansel Adams, the grandfather of landscape photography, is quoted as saying, “It is my intention to present – through the medium of photography – intuitive observations of the natural world which may have meaning to the spectators.”

Decades later, this quote aptly describes Drew Doggett’s constant search to photograph the oft-latent yet extraordinary scenes throughout our natural world, most recently within and to and from the National & State Parks System for two new series, In Transit & Shadows Alight . 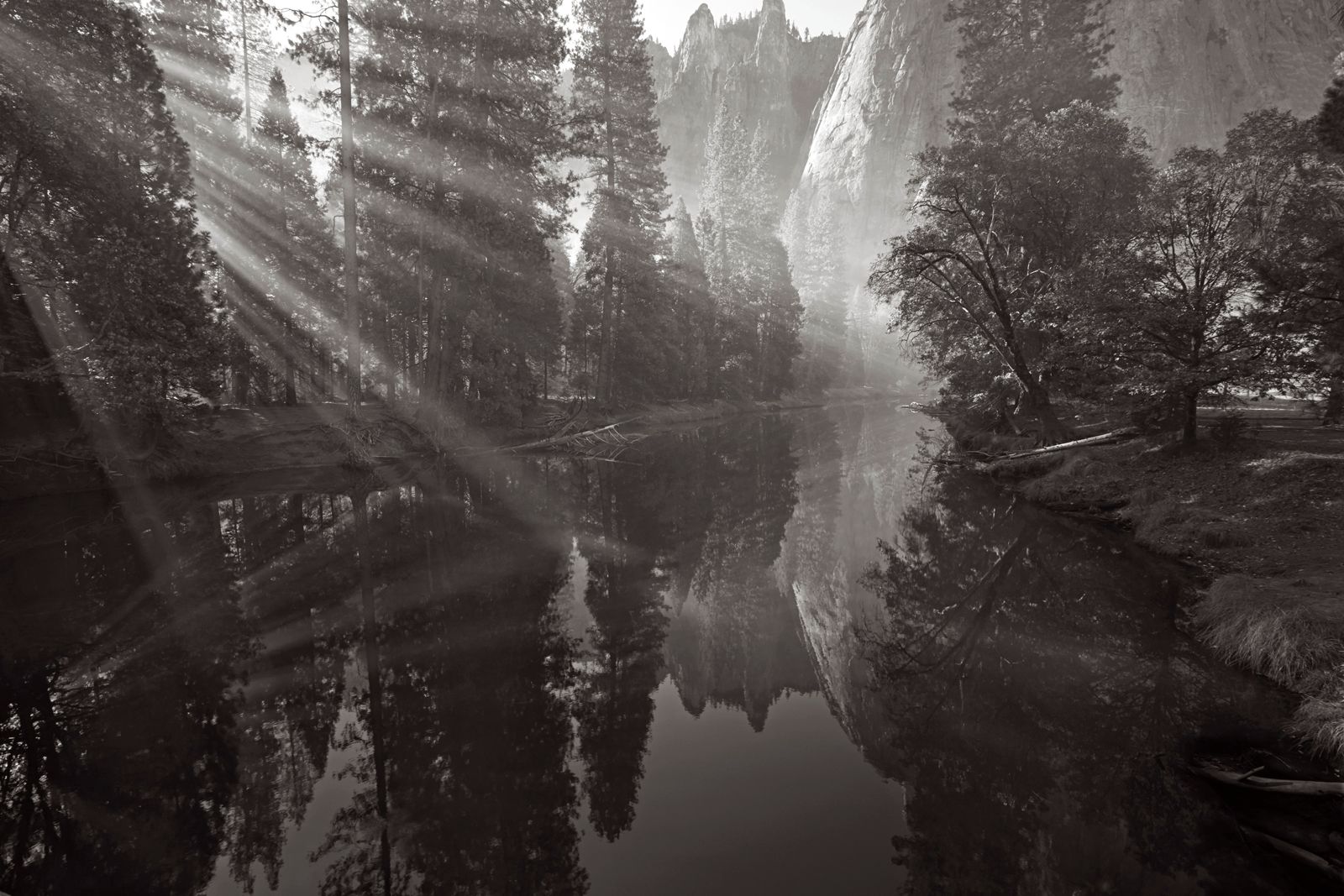 Ansel Adams was also an outspoken environmentalist, often quoted about his frustration with the decay of the parks. In the 1930s he also traveled across the National + State Parks System, resulting in the beginnings of landscape photography’s arrival to the upper echelons of fine art.

Fast forward to today and the parks are at a financial backlog of over $12 billion – for maintenance and upkeep alone. This fall also marks the Centennial anniversary of the Parks System and the recent release of these series is a timely reminder of the growing problems for America’s greatest asset. 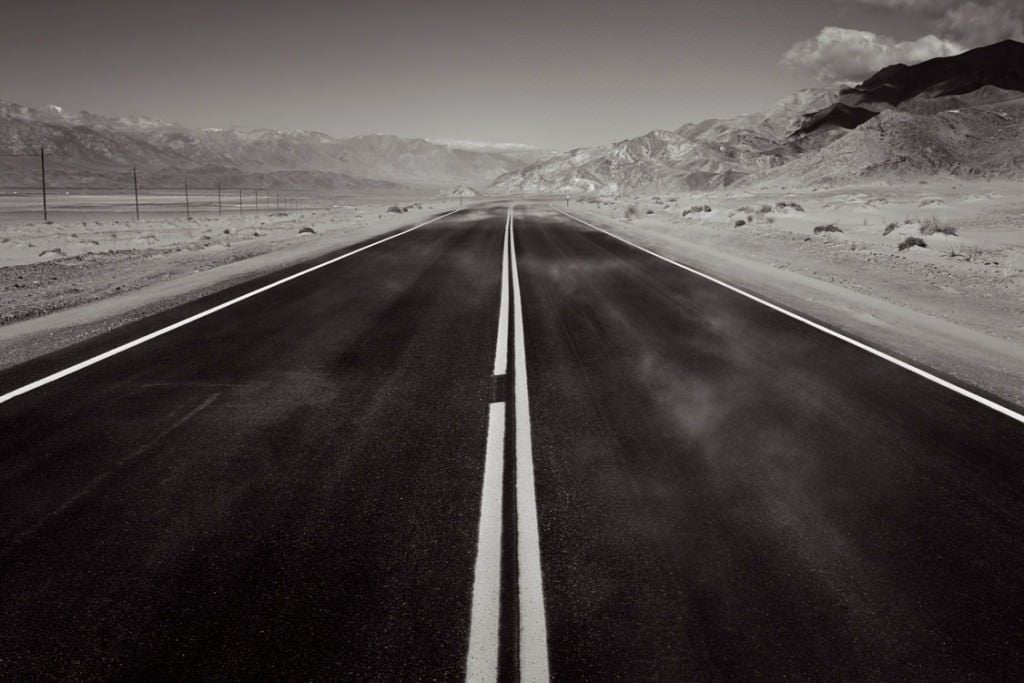 The symbols of Americana in In Transit  & Shadows Alight are often classic, but some have the texture of impending or present issues woven into their make-up. For example, quintessentially American images like Black Top from In Transit, feature a seemingly unending stretch of highway with an expansive reach both welcoming and auspicious.  It’s beautiful and stoic in stature but the rock also cuts into the skyline, creating a jarring impact. Furthermore, the multi-faceted highlights from the sun hint at an open-ended interpretation.

Though Adams & Robert Frank are both directly acknowledged within the ideas behind and in the visuals of both In Transit and Shadows Alight, contemporary masters are also referenced. For instance, Ed Ruscha’s iconic photography book Twentysix Gasoline Stations from 1963, which later turned into his most recognizable work, Standard Station (1966), takes a commonplace gas station and turns it into a totemic memento. These symbols are memorialized in works like these, persisting in our culture even when and if they disappear. Drew’s hopes are that through his discerning imagery we can celebrate the natural beauty in our backyard, even when the future of his subjects remains uncertain. 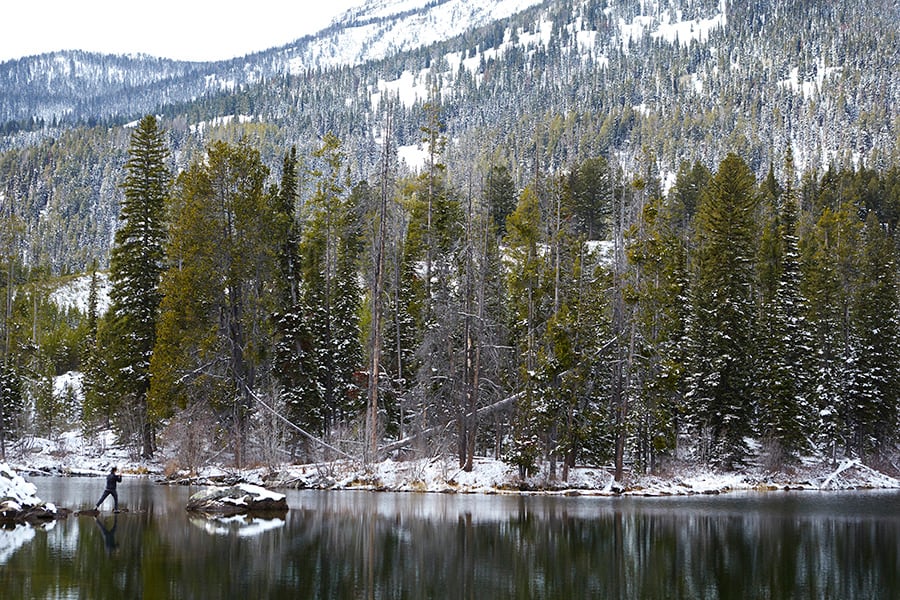 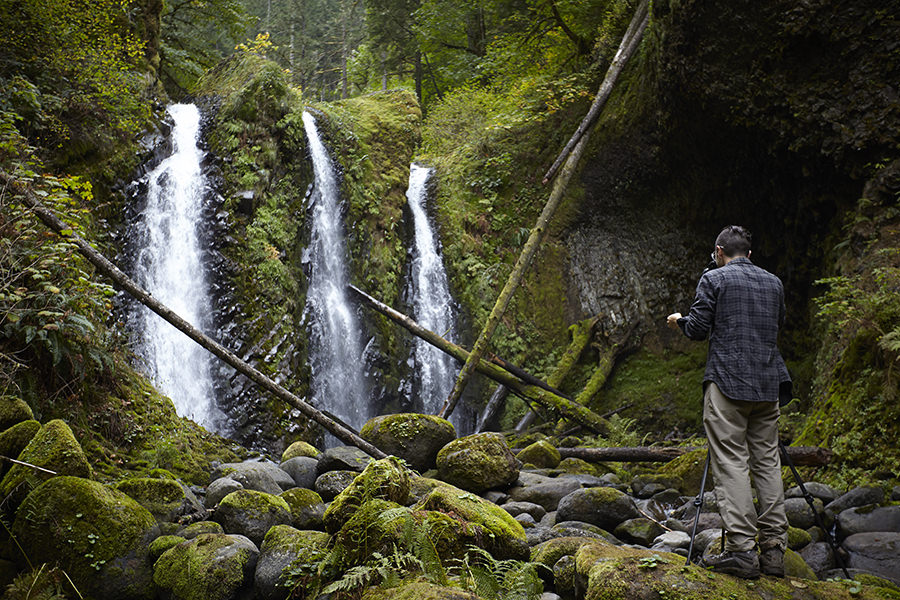 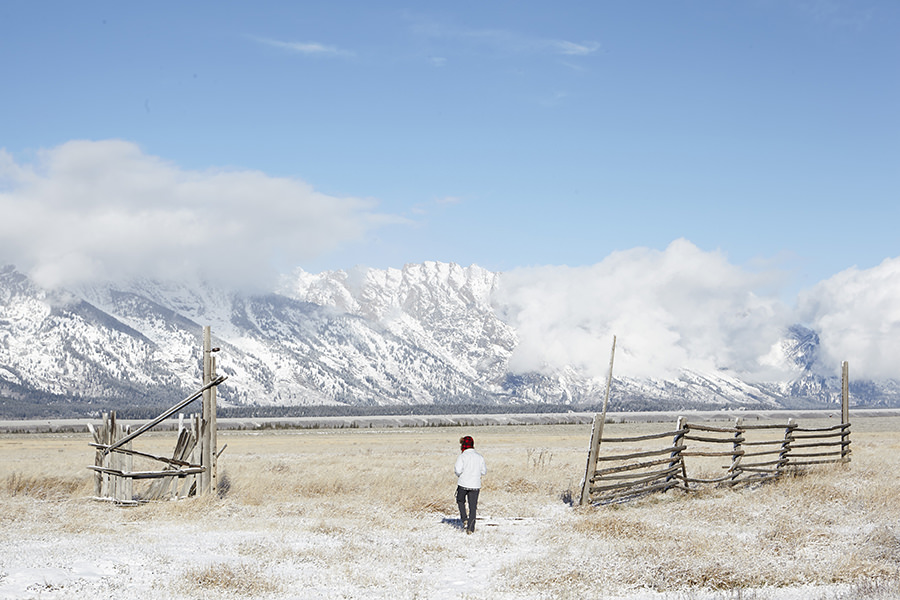 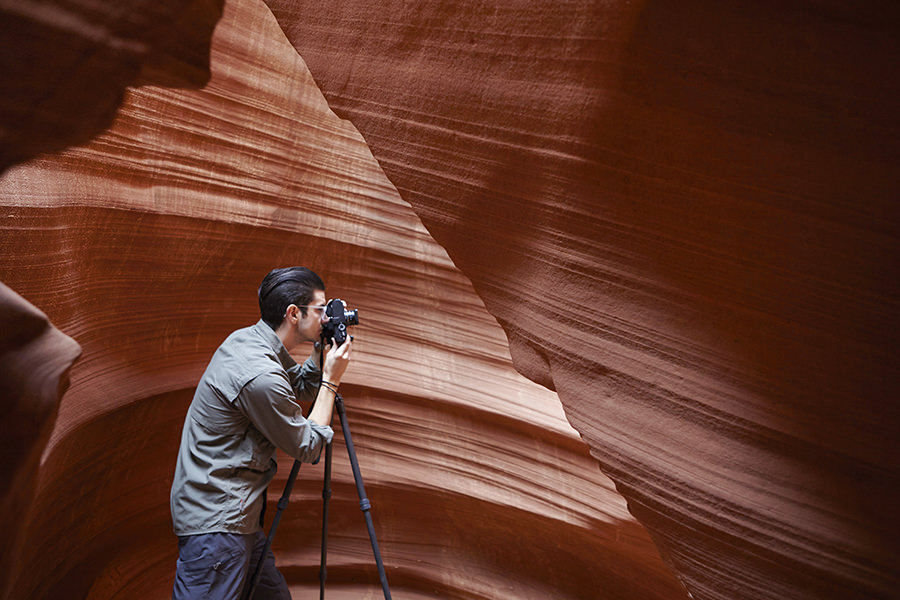 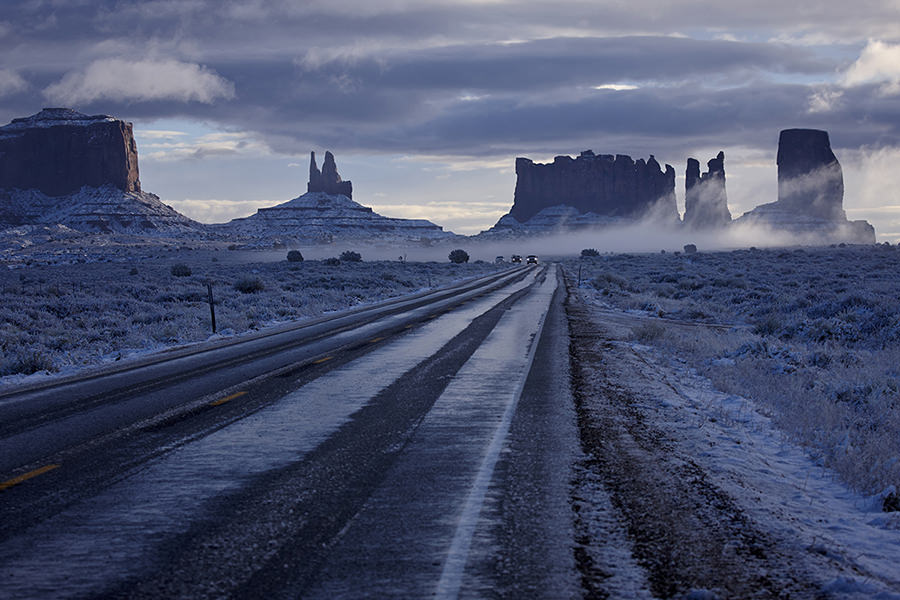 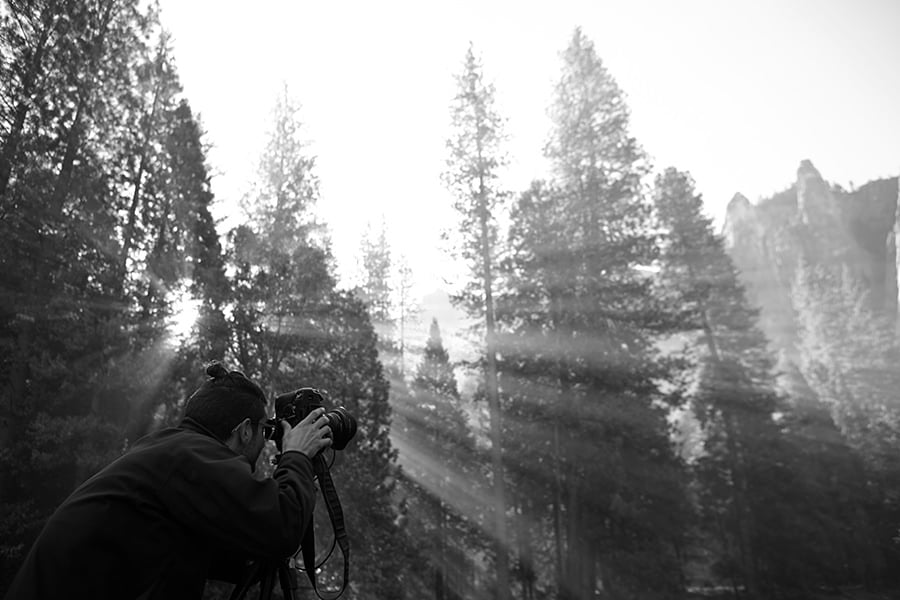 I am thrilled to share two recent pieces of press surrounding the release of Shadows Alight. Outside Magazine asked me to pick a few of my favorite images from my journey across the National and State Parks System. The same series is also featured in Monovisions Black & White Photography Magazine. I’ve also posted behind-the-scenes images from the journey on my website. The series In Transit was inspired by the road traveled, which was a surprising outcome of the 12,000 miles spent in an Airstream trailer initially solely intended to document the Parks natural wonders. The BTS images, along with developing In Transit,  helped me realize that the journey had almost as much to offer as time spent within the park’s boundaries. I’m excited to share these as a supplement to the works in the series.