“Perhaps you may not have seen me but please don’t be disappointed. I have seen you.” 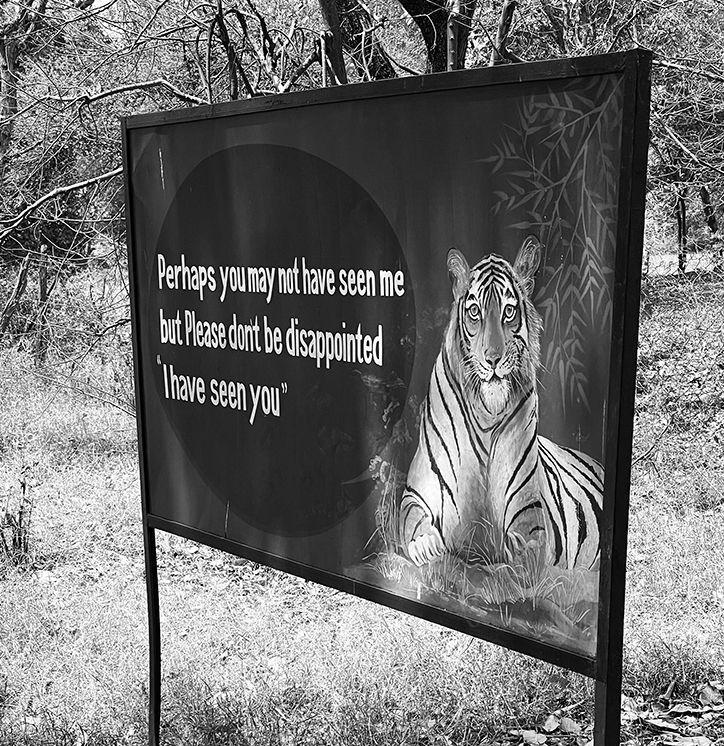 When you leave Bandhavgarh National Park, there’s a hand-painted sign of a tiger inscribed with the words, “Perhaps you may not have seen me but please don’t be disappointed. I have seen you.”


After having spent 36 hours searching the park only to see the hint of a tiger’s movement, this sign reminded me of a hard lesson I was going to have to come to terms with while in Bandhavgarh and as I continue my documentation of Exceptional Creatures around the world. In short: patience was going to be the only way to get the image I wanted because here in the jungle, I was in the tiger’s world.

To create my work, I’d always rather strive for something iconic and potentially fail if it means I am pushing myself to create images that will stand the test of time. Of course, the stakes get even higher when we travel to photograph animals in the wild.

These types of expeditions, such as the one I recently took to India, are long games of waiting and chance. We do everything we can to increase our chances, such as hiring an expert tracker and guides that understand the type of work we do, but there’s no cheat code for success; you need to put in the time and effort.

I would be leaving India with a renewed appreciation for the photographers who spend months or even years waiting for a single glimpse of a rare animal. Out of the 50 hours spent searching for tigers, we were to leave with one image that we felt was worthy of sharing. However, in my definition of success, leaving with a single, hard-earned iconic image that we pushed ourselves to create was and always will be a win. At the end of the day, can you have two best images? 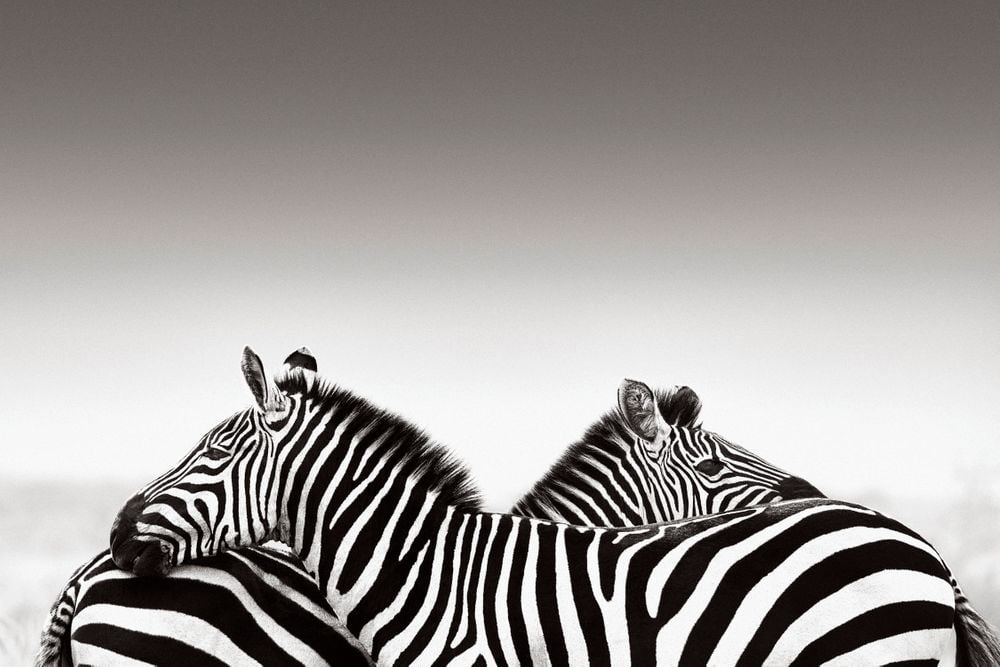 To bring my artistic vision to life I must carefully select each location based on the number of animals I might find, the backdrops I’d be photographing them against, their behavior at certain times of the year, the weather (I prefer overcast days), and several other factors. Yet, when it comes to animals, there’s a certain amount always out of your control.

For example, when I wanted to photograph a pride of lions with as many in the frame as possible, I went to a conservancy nearing the Maasai Mara where my guide Paul Kirui, whom I have worked with over the years, knew a mother had cubs of all sizes who were known to be playful, active, and frequently spotted on the plains in short increments just after sunrise and before sunset. It was also the rainy season, which meant we could expect cloud cover. Of course, days went by without a sighting and sometimes the weather prevented us from leaving camp. However, I knew I had done everything in my power to control what I could while also setting myself up with an environment that, once I did see the lions, would work for me. 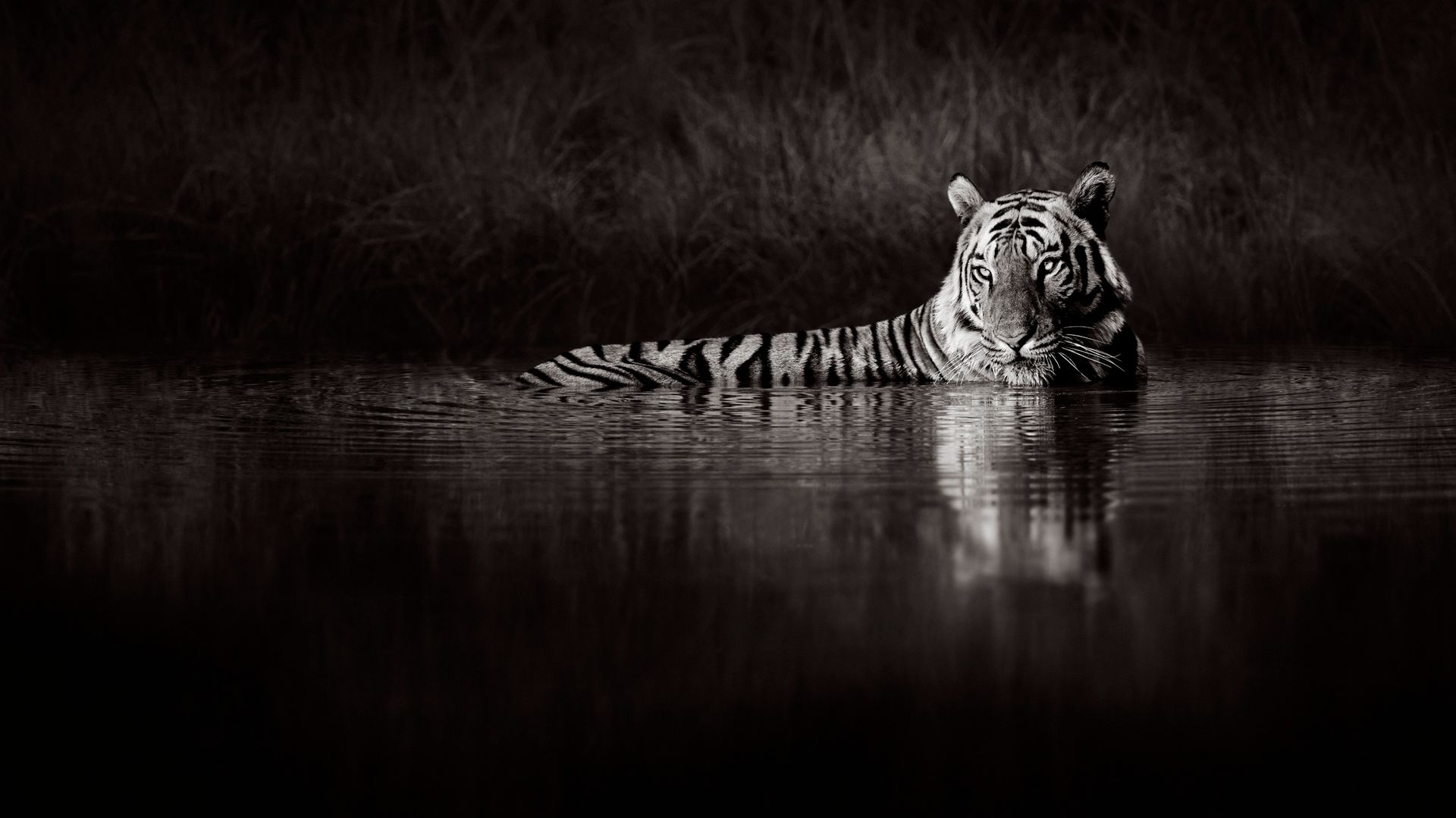 I chose Bandhavgarh National Park in India specifically because I wanted tigers in the water, and I wanted to maximize my chances of seeing these elusive animals. Bandhavgarh boasts one of the largest populations of tigers, but the numbers still don’t guarantee anything. As of the most recent count, there are 78 tigers in the accessible zones with a smattering of pools of water, only a handful of which were close enough to the road to get the kind of image I wanted. Not to mention that the zones we had access to totaled around 95,000 acres of land and are filled with a tangle of trees, vines, animals, and more.

I wanted to create an intimate portrait with a background that lent itself to my desired minimalist aesthetic and I knew the odds were not in my favor given the reality of Bandhavgarh. Tigers are nocturnal, adorned in perfectly suited camouflaged coats, incredibly solitary, and spread out over large swaths of land that each call their own territory. Bandhavgarh is also filled with dense clusters of bamboo with shadows that appear intentionally designed to mimic the tiger’s stripes. After the first day, I realized that the list of complications to overcome was taller than I had first thought; the odds were very much stacked against us.

During our time in India, we had a total of 45 minutes of relatively close tiger sightings spread out over the 50 hours spent tracking these elusive animals. In total, only 10 minutes of the entire trip were spent with tigers in pools and in the type of minimal, artistic environment I wanted. The entire journey came down to that handful of minutes. 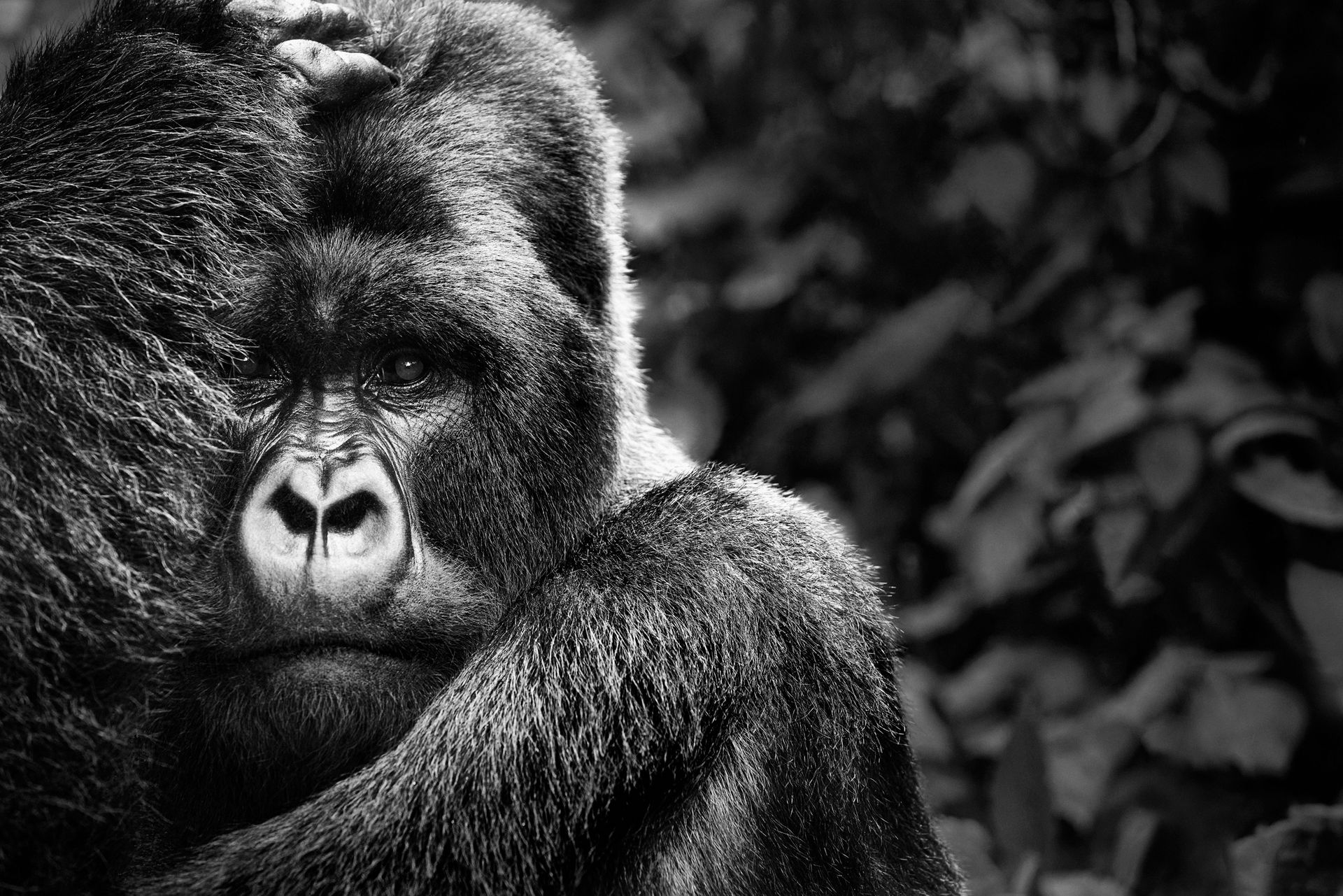 Our incredible guide, Bravin, said that for every single tiger we see, there are 9 we don’t. I’ve thought about this a lot since that trip.

In our fast-paced world, there’s something very significant about being forced to slow down and accept what comes. What I’ve found over the years is that when it comes to wild animals or anything in our natural world, all you can do is just that: slow down, set yourself up with the most opportunities in your favor, open your eyes wide, listen as closely as possible, and be patient. It’s a feeling I find myself craving long after the expedition is over.