The Story Behind “Legend”

The Story Behind “Legend”

In our newest feature, Drew will tell the stories behind some of his most iconic works one image at a time, starting with Legend from the Sable Island Horses series.

I met this horse on my first trip to Sable Island in June of 2012.

The lineage of these horses is one of their many great mysteries. For example, with over 400 horses on the island, only a handful have chestnut blonde manes. Due to his unique look and immense personality, I had affectionately named this horse Legend.

He was a bachelor at the time of my first visit, and I had spent days following him. There was a wildness to his presence that I eagerly wanted to capture on camera. I knew if I came back to the island I would seek him out, but on my second trip there, four years later, it looked like I was out of luck.

Keep in mind that Sable is a blip on the Earth’s radar, measuring in at 26 miles long and a mere .93 miles at its widest. Without having seen this identifiable horse by my 5th day, I came to the conclusion that I was probably not to see him at all. There are so many ways that life on the island is complicated, from the harsh, cold winters & the lack of shelter to the relentless winds. I feared the worst.

As a last effort I decided to set out to the Westernmost tip of the island, a seven-hour-long round trip hike, and there he was – with a family. Although many horses on the island go their entire lives without finding a mate, it seemed that Legend had comfortably settled into the next phase of his life, and he had two foals and his mare by his side. His epic blonde mane was so long it brushed the ground. 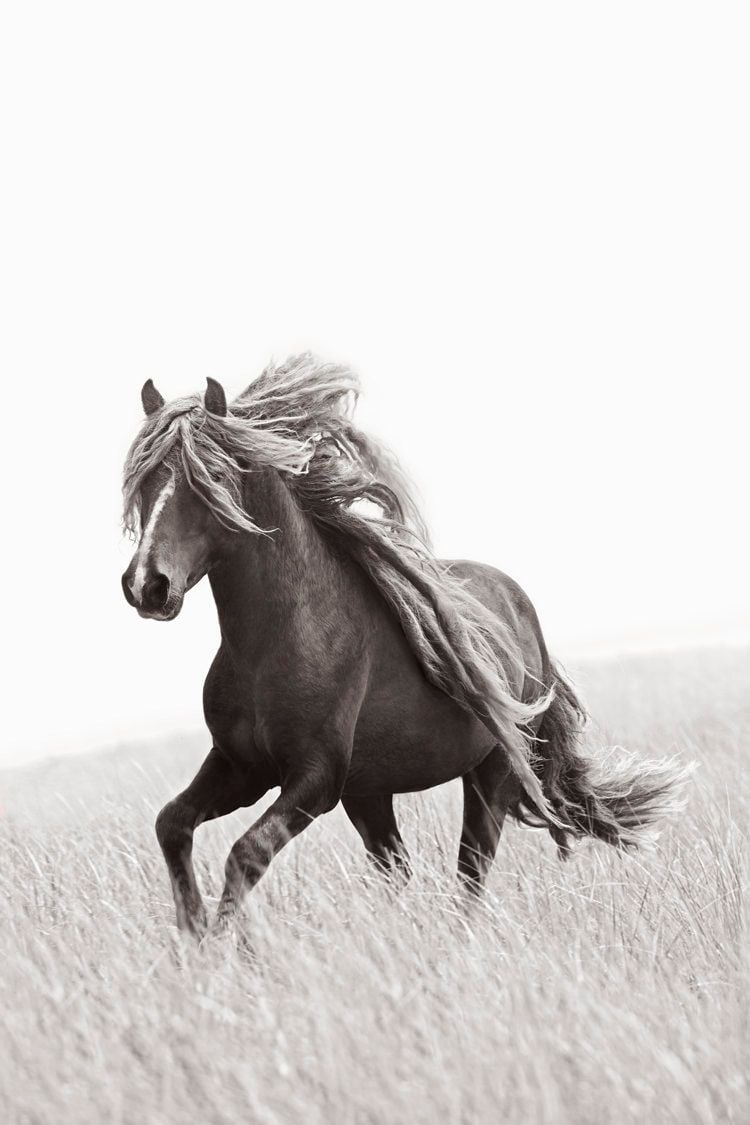 This image is of “Legend” chasing after one of his mischievous foals. I focused my camera on him as he galloped across the land to corral his child back to the safety of his watch. It felt like the larger than life, wild spirit of Legend from when I had originally met him was inherited by his son.

Before I left the island, the scientists had lovingly named one of Legend’s young foals Emerson after my newborn child.