The Story Behind “Point Reyes”

The Story Behind “Point Reyes”

My journey through the American West was a pilgrimage that left an indelible mark on how I think of our landscape.

Each year, I criss-cross the globe in search of narratives at risk of disappearing, but I had yet to use this guiding principle within the context of the US.

After considering the great expanses of land that make up our National Parks system, I set my sights on telling their story by highlighting the land’s grandness and intimacy. I wanted to travel in the footsteps of some of my photographic heroes, like Robert Adams and Ansel Adams, whose work has helped shape my own.

Prior to my 2-month long journey, traveled via Airstream, I created a list of places to document. I felt a timely responsibility to photograph the parks and all of the in-between monuments along the way, especially in lieu of the budget deficit our parks are facing – and their (at the time) approaching centennial anniversary. To prepare, I looked through countless images by Ansel from the National Parks, as well as Robert Adams defining work on the changing Western landscape.

The Monterey cypress trees forming this tunnel were planted in 1930. I love the idea of someone thinking long term about this location, knowing that one day these trees would reach their fully-grown glory. The trees also lead a path towards a telegraphy station with equipment dating back to World War II.

Just before taking my image, titled Point Reyes , the tunnel was blanketed in fog so thick the trees were completely obscured. I readied my camera knowing that the fog could disappear without notice.

The moment I captured felt as if the moisture in the air was suspended at a precarious point of complete disappearance. I wanted my image to reflect the delicate balance of our natural world, and the fog added a sense of emotion. 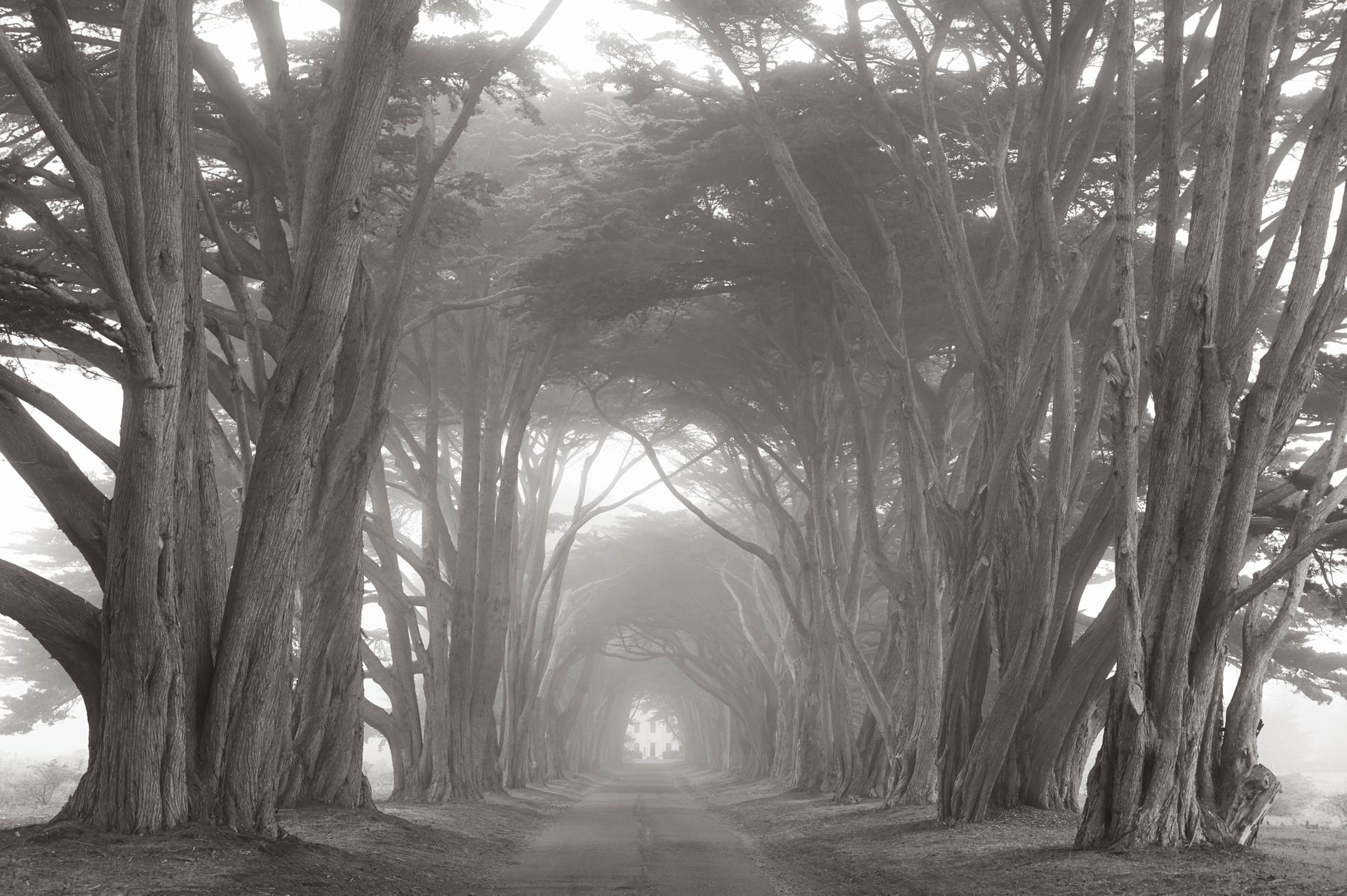 I strongly feel that this scene embodies the prestige of the National Parks and the surrounding territory. Photographed with an emphasis on texture and light, my image also pays homage to the depth and feeling of the photographic greats before me – as well as to the endless beauty of our National backyard.

When I look back on this series, I think of how lucky we are to have such incredible natural wonders right here at home.


view more from in transit