The Story Behind “Yosemite Awakens”

The Story Behind “Yosemite Awakens”

In the moment of taking this image, the stillness in the water was echoed by the calm of the scene surrounding it while the air smelled like spring, warmth, and pine trees.

My years spent in the fashion industry have transformed how I see the world as an artist. Specifically, using my studio background in the wild has become my favorite visual language. I love the rush of creating images in harmony with the wild, unscripted moments of our natural world.

Each morning during my trip across the American West, I looked forward to the morning light. It provided the same soft glow I once painstakingly created in the studios of my mentors Steven Klein and Mark Seliger in New York during the beginning of my career. On this particular morning in Yosemite I woke to the smell of planned forest fires. The aroma took me back to the campfires of my youth, and the smoke in the air transported me to the photography studios where we often used smoke machines to provide ambiance and intrigue.

In the moment of taking this image, the stillness in the water was echoed by the calm of the scene surrounding it while the air smelled like spring, warmth, and pine trees. The light and smoke filled in the negative spaces, creating forms and substance where there once was only empty space. The smoke also provided a sense of drama and allure, making the scene before me exude the mystery and untold promise that I imagine early documentarians of the National Parks searched for. 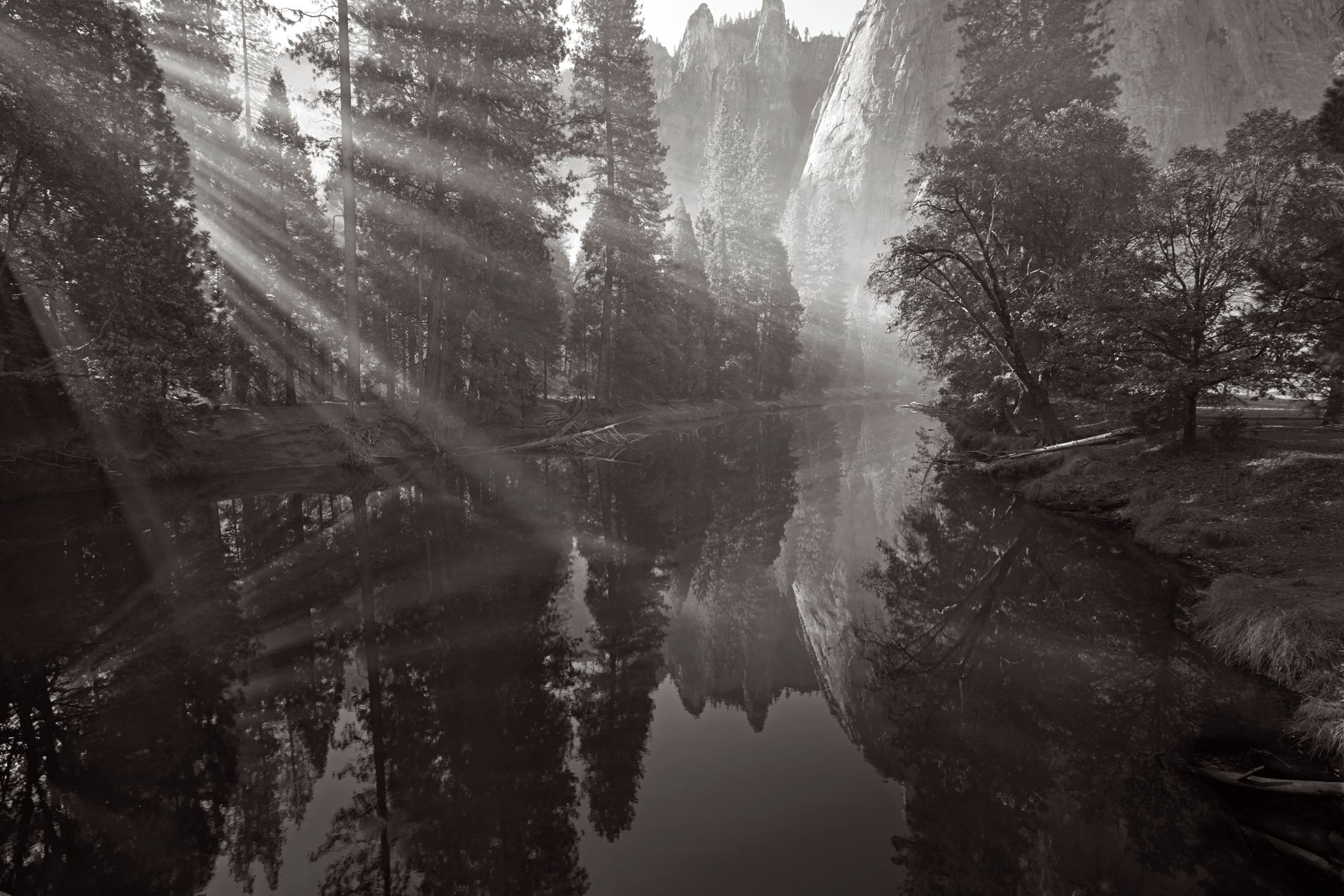 My journey through the American West felt like an homage to all those who had traveled there before me seeking new photographic opportunities from Ansel Adams to Eadweard Muybridge. I often found myself lost in thought over what it must have felt like to see El Capitan, for example, for the first time. This was a journey not just to create images, but to better understand our shared backyard, and to share this understanding with others.


Shop This Image View The Series